BOSTON — The Celtics haven’t played the best opponents of late, but to say they’ve taken care of business is an understatement.

Fresh off 20-point wins over the Washington Wizards and Philadelphia 76ers, the C’s caught fire in the second half Wednesday and held off the Denver Nuggets down the stretch to earn a 111-103 win at TD Garden.

Boston didn’t trail after the first quarter and went on an 18-1 run between the third and fourth quarters to secure their fourth win in a row.

Avery Bradley was the Celtics’ offensive star, scoring a game-high 27 points on 11 of 20 shooting. Isaiah Thomas added 16 points, while Kelly Olynyk (17 points) and Evan Turner (14 points) made strong contributions off the bench.

Danillo Gallinari scored a team-high 23 points for the Nuggets, who now have lost five of seven.

BURNING BRADLEY
Bradley has been one of Boston’s best shooters of late, and he came out hot again Wednesday.

Bradley scored 13 of the Celtics’ first 19 points, hitting of five of his first seven shots and going 3 for 5 from 3-point range.

Avery Bradley cans another 3! He's on fire with 13 points in the first to lead all scorers. Tune in on @csnne pic.twitter.com/hMVUb7UxSZ

The hot-shooting Celtics guard carried Boston’s offense with 21 points in the first half. Thomas and Jae Crowder, meanwhile, combined for just six points on 1 of 9 shooting through the first two quarters.

SECOND CHANCE OPPORTUNISTS
The Celtics didn’t light it up in the first half, but thanks to some hard work down low, that didn’t matter.

I’LL TAKE IT FROM HERE
Thomas finally came to life in the second half.

After going 1 for 4 in the first half, the 5-foot-9 point guard dropped 11 points in the third quarter to help the Celtics fend off the Nuggets despite shooting just 2 for 10 from 3-point range in the quarter.

BLOWING IT OPEN
The Celtics buried the Nuggets with a monster run over the third and fourth quarter.

Boston closed out the third quarter on an 11-1 run thanks in part to Olynyk’s impressive coast-to-coast and-one buzzer beater.

The C’s picked up right where they left off in the fourth, as Olynyk drilled a 3-pointer and Evan Turner threw down a massive dunk as part of a 7-0 run that pushed Boston’s lead into the 20s.

GREEN SWARM
As they’ve been so often during their current win streak, the Celtics were relentless on the defensive end.

Boston racked up 11 steals by halftime and had forced 15 Nuggets turnovers, as the likes of Bradley and Marcus Smart frustrated Denver’s guards all night.

The Celtics finished with 15 steals on the night, marking the 24th time they’ve recorded 10 or more steals in a game this season.

BIG BULLIES
Jared Sullinger and Amir Johnson didn’t light up the scoreboard, but they made their presence felt on the glass.

PLAY OF THE NIGHT
Bradley showed off some impressive athleticism in the third quarter with this monster block of 6-foot-11 Nuggets big man Nikola Jokic:

Avery Bradley gives up nearly a foot to Nikola Jokic. After watching this play, do you think he cares? pic.twitter.com/S727XiRgUP

UP NEXT
The Celtics take on a reeling Orlando Magic team at home. The Magic are in the midst of a brutal seven-game losing streak and have lost 11 of their last 12 to fall to 20-24. Tipoff at TD Garden is scheduled for 7:30 p.m. ET. 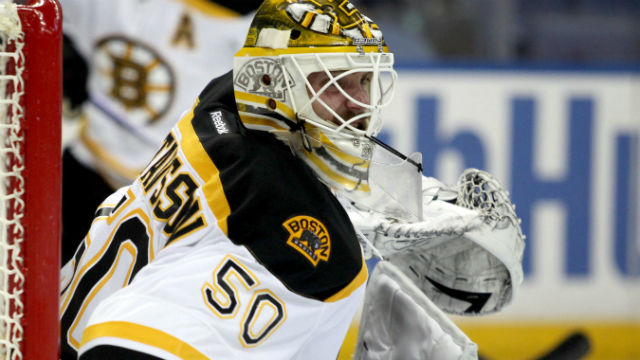 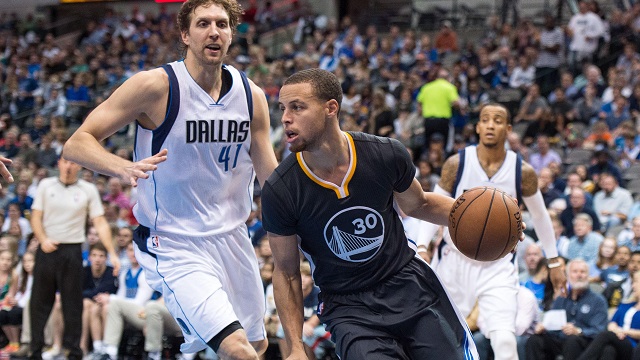