Patriots' Struggles Caused By Injuries, Should Be Fixed For Playoffs - NESN.com Skip to content

It had been 461 days since New England Patriots fans’ last freakout, but it’s time to erase that tally and start anew.

Sunday’s 20-10 loss to the lowly Miami Dolphins has many Patriots fans in state of utter panic, and it won’t be quelled for 12 long days, when they take on a to-be-decided opponent Saturday, Jan. 16, at 4:35 p.m.

It was understandable when Patriots fans became hysterical after last season’s 41-14 loss to the Kansas City Chiefs. At that point, there wasn’t a good sense of the team’s true potential. They began the season 2-2 with an ugly win over the Oakland Raiders, and that loss to the Chiefs showed the team’s floor.

But Patriots fans know the 2015 team’s ceiling. The Patriots showed it early in the season, even after losing starting left tackle Nate Solder and running back Dion Lewis. Solder went down with a season-ending injury in Week 5, and the Patriots soldiered on, winning their next six games. Lewis was lost in Week 9, and the Patriots won their next two games. They also beat the New York Jets in Week 7 without Lewis.

So, what happened between Week 11, when the Patriots beat the Buffalo Bills to begin the season 10-0, to now, when they went 2-4 in their last six weeks with two losses to end the campaign?

Here’s a laundry list of key players missing over the last six games:

It’s completely unsurprising this team struggled to end the season.

Here’s the good news, and why Patriots fans should be optimistic entering the postseason, however: All nine of those players are expected back for the playoffs.

We learned the Patriots aren’t very good when they’re without three or more key players. We also learned they can still dominate when mostly healthy, as they proved against the Texans (a playoff team) and Titans (a bad team).

The biggest absence has been Edelman, the Patriots’ No. 1 receiver. It actually seems the Patriots might have relied too heavily on Edelman entering the season, since the receiver’s injury had a trickle-down effect, impacting the entire offense.

Their offensive-line woes have been highlighted because Brady could get the ball out much quicker with Edelman (2.10 seconds to attempt) than without him (2.45 seconds). It appears the Patriots’ offensive line is much worse now than at the beginning of the season, but that’s not the case. The issue is just more obvious now with Edelman out.

Edelman’s presence in the offense also helped take a load off other receivers. Edelman forced a mismatch because there weren’t enough cornerbacks on the field to cover him, Amendola, wide receiver Brandon LaFell, a running back and tight end Rob Gronkowski. Now Gronkowski is seeing a cornerback in coverage every time he splits out, and Amendola and LaFell have had trouble getting open with increased double teams.

Edelman is recovering from a broken foot and will have been practicing for five weeks by the Patriots’ divisional-round playoff game. He’ll be nearly nine weeks removed from surgery for an injury that is expected to keep a player out for six-to-eight weeks. Edelman might not be 100 percent, but no player is come playoff time, and he’s moving well during the portion of practice open to the media.

All of this is to say I’m not entirely sure why Patriots fans are panicking. The team has looked flat for the last six weeks, but there’s an obvious reason for it, and it should be fixed after the playoff bye. If injuries aren’t to blame for the Patriots’ recent struggles, then it’s unclear what is.

The offensive line was below average to begin the season, and it’s still struggling. Tom Brady still is the quarterback, Bill Belichick still is the head coach and the Patriots have shown the ability to flip the switch from bad to great in the past. The re-addition of Edelman, Hightower, Vollmer and Jones should be enough to ignite the Patriots for the postseason. 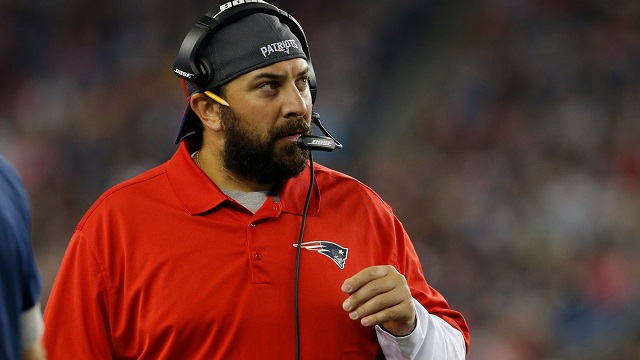