Would Kevin Durant trade in his blue and orange for blue and gold?

Apparently some people around the NBA believe the Oklahoma City Thunder’s impending free agent to sign with reigning MVP Stephen Curry and the defending NBA champion Golden State Warriors this summer, according to ESPN’s Chris Broussard.

Broussard warns that everything is speculative and that nothing is leaking out of Durant’s camp, but rather that people around the league wouldn’t be shocked to see it happen — though the general public might be.

Financially, Pro Basketball Talk’s Dan Feldman lays out the basics of how it could work, and it’s really not that much of a stretch. He also points out that, back in May, Klay Thompson’s father Mychal, a former NBA player himself, heard on “good authority” that the Warriors would “go hard after” Durant.

We’re still a long way away from free agency, but nothing really would surprise us at this point. 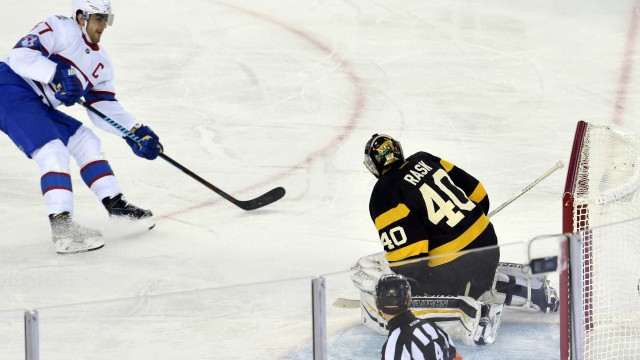