General managers have until 3 p.m. ET on Thursday to make their final roster upgrades before the NBA playoffs, or in some cases, make moves that will clear salary cap space for summer free agents or acquire draft picks for a rebuild.

There haven’t been too many trades finalized over the last few days, which sets the stage for what could be a very busy and exciting deadline.

Keep it right here all Thursday for the latest rumors, news and deals in our trade deadline day live blog.

Sixers get a 2017 second-round pick in the Joel Anthony deal, I've been told.

Philadelphia will receive a future second-round pick to take on Anthony and his contract, sources tell @TheVertical.

To be clearer: Anthony goes to Sixers through Houston, who acquired him from Detroit in 3-player trade. Rockets ship out second-round pick.

Source: Lance Stephenson has been traded to Memphis

Clippers have acquired Jeff Green in the deal

3:03 p.m.: Keep in mind that reports of trades still can trickle in after the deadline, but as of now, it looks like this season’s deadline was quite uneventful.

3 p.m.: The deadline officially is here, and Dwight Howard still is a Rocket.

Less than 10 minutes to go before the trade deadline and the much, much pursued Ryan Anderson is staying put in New Orleans

2:43 p.m.: The first major deal of the deadline reportedly has gone down, as the Phoenix Suns will send Markieff Morris to the Washington Wizards.

Phoenix has traded Markieff Morris to the Wizards, reports @ShamsCharania and @WojVerticalNBA.

2:40 p.m.: It appears the Rockets have moved on from trying to deal Dwight Howard.

The Rockets' focus at the moment, I'm told, is on smaller potential deals. All signs continue to point to Dwight Howard staying put.

2:30 p.m.: So much for those Thaddeus Young rumors. Apparently the Nets are staying put.

Responses coming from teams inquiring about Nets players: Nothing happening. Marks wants time to evaluate the roster before making moves.

League source says phone lines will be open until the end, but all is still quiet with the Celtics.

2:13 p.m.: With the deadline just over 45 minutes away, Orlando Magic guard Shabazz Napier is a player to watch.

Keep an eye on Orlando guard Shabazz Napier this final trade deadline hour as Portland and Chicago have interest, a source said.

2:08 p.m.: Apparently the Celtics’ talks with the Cavs regarding Kevin Love never really got far.

As an aside: Despite the Love/Celtics talk, one source said Boston never made legit offer, #Cavs never gave price. Never a real conversation

Sources: Seventy minutes until deadline — and Dwight Howard remains firmly in Houston. Rockets know how to make deals, so it isn't over.

Sources: So far, Boston is sitting out the Dwight Howard talks.

1:55 p.m.: At least the Cavs will have plenty of center depth in the playoffs.

Still an hour to deadline but as of now, Cavs have no plans to trade Timofey Mozgov. He will be free agent in July.

ESPN sources say that New York has made a trade run today at Minnesota's Kevin Martin, but that deal, too, appears unlikely to come together

1:32 p.m.: The Los Angeles Lakers haven’t been the subject of too many rumors today, but it looks like Roy Hibbert is available for the right price.

Lakers have taken calls Hibbert, but don't intend to buy him out if they don't find a trade today.

1:30 p.m.: The Oklahoma City Thunder finally have found another small forward who can provide some scoring.

1:20 p.m.: Teams that need a point guard will have to look elsewhere.

Sources: Atlanta has shut down talks on guard Jeff Teague with several suitors — including Utah and New York.

1:05 p.m.: No bold trades from Mark Cuban’s team before the deadline.

The Mavericks won't make any trades, per Donnie Nelson.

1 p.m.: The Atlanta Hawks have made their first trade of the day. How many more will we see?

The Atlanta Hawks are trading guard Shelvin Mack to the Utah Jazz for a second round draft pick, league sources tell @TheVertical.

Oklahoma City and Denver are in advanced talks on a deal for guard Randy Foye, league sources tell @TheVertical

12:40 p.m.: We have another trade! The Cavs are acquiring a center who can stretch the floor with quality outside shooting.

Channing Frye will be sent to the Cavs from Orlando, I'm told. Anderson Varejao will wind up in Portland. More to come.

12:25 p.m.: Things are starting to pick up a bit, as the Houston Rockets and Detroit Pistons have struck a deal involving former Boston Celtic Marcus Thornton.

In deal, Detroit will send Joel Anthony and a protected 2016 first-round pick to the Rockets, league sources tell @TheVertical

12:21 p.m.: Here are more details on the Jarnell Stokes trade, which indeed looks like a salary dump:

Miami kicks in $700,000-plus in cash to New Orleans for Pelicans to take in Jarnell Stokes and reduce Heat tax bill by a further $2 million

12:11 p.m.: Pau Gasol apparently still is on the table for the Chicago Bulls, who reportedly are in talks with the Sacramento Kings regarding a trade.

12:03 p.m.: Here’s the latest on the Dwight Howard saga, although we’re still not ruling anything out:

Strong belief within Dwight Howard camp that he will not be moved today before deadline. Three hours to go.

This won't exaclty rev up the deadline, but the Heat have traded Jarnell Stokes. Details coming, likely just a small salary dump.

11:45 a.m.: The Utah Jazz seem determined to add a point guard before the deadline.

If Jazz have indeed walked away for good from the Ty Lawson gamble, I'm told one "safer" PG option they've looked at is Hawks' Shelvin Mack

11:35 a.m.: The Boston Celtics could use another frontcourt body.

Sources: Rockets, Jazz had casual talks on Ty Lawson, but those ended. Both teams moved on. Another thing: Rockets won't buy out Lawson.

11:25 a.m.: Just like that, the anticipation is gone, mostly. Or maybe the Atlanta Hawks are hoping to drive up the price?

Sources: Atlanta's expressing its intentions to rivals that Hawks plan to keep team intact at deadline, holding onto Horford and key guards.

Teams monitoring Atlanta have started to hear: Jeff Teague is off the table. Hawks never been all in on moving their starting point guard.

11:20 a.m.: Welcome to the Nets, new general manager Sean Marks. Your first four hours on the job will include very important decisions.

Several teams with interest in trading for Brooklyn's Thaddeus Young already trying to reach Sean Marks to see where Nets stand on him.

10:45 a.m.: This confirms Adrian Wojnarowski’s tweet below (not that Woj needs confirmation).

Ainge remains steadfast in not including '16 #Nets pick in potential deals, source says. Is that a good idea?

I'm starting to get a sense of what it's like to be Rockets GM Daryl Morey today: In inquiring w/ team execs, "Nos" on Dwight at every turn.

From my man @mcten: Cleveland's belief is Joe Johnson doesn't want to leave Brooklyn and will seek to stick there on a multiyear deal #Nets

9:50 a.m.: Markieff Morris is an intriguing target for teams needing size and scoring in the paint.

The Suns, of course, continue to shop Markieff Morris and have been fielding interest from Toronto (among others) in PJ Tucker for some time

8:35 a.m.: This is an interesting move by the Philadelphia 76ers less than a year after drafting Jahlil Okafor.

#NBA source: #Sixers 'gauging interest in Okafor' around the league.

8:05 a.m.: The Rockets and Jazz have discussed a Ty Lawson-Trey Burke swap, per ESPN’s Marc Stein.

7:50 a.m.: Include the Hornets among the teams who’ve tried to acquire Dwight Howard.

Cavs Update I: Korver, McLemore pursuits on life support. Still in it with Frye, but don't expect it to happen. Ryan Anderson not likely.

Cavs Update II: Celtics have made numerous inquiries on Love, nothing materializing. Shumpert talk exaggerated. There is some interest in Mo

7 a.m.: The most notable player moved Thursday could be Dwight Howard.

Dwight Howard still the most likely big name on the move today. The Rockets and Howard's agent, Dan Fegan, working hard to make a trade.

6:55 a.m.: The Utah Jazz have a lot of backcourt depth, and point guard Trey Burke would be a nice addition at the right price.

Utah, meanwhile, has made Trey Burke available, but at least one more player must be added if talks progress because salaries aren't close

6:30 a.m. ET: Jason Lloyd of the Akron Beacon Journal reports Cleveland Cavaliers forwards Kevin Love and Iman Shumpert are expected to remain with the team through the deadline. 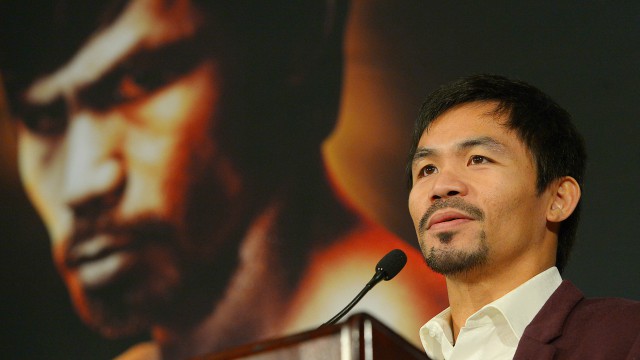 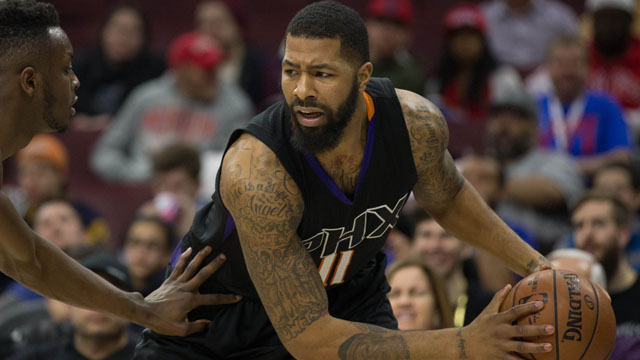