SANTA CLARA, Calif. — There was no one more ecstatic in the post-Super Bowl 50 press conference room than the always entertaining and sometimes volatile Aqib Talib.

The Broncos cornerback marched up to his podium with his three children and let out an enthused, “Yoooooo” after Denver beat the Carolina Panthers 24-10 for his first championship ring.

The night didn’t start out too positively for Talib, who was charged with two personal fouls in the first 20 minutes of action.

“It was all good,” Talib assured. “It was B.S. flags. One was on our sidelines — the guy was talking on our sideline. One I just did on purpose, and I just had to show him. It’s probably going to be a fine, but hey, we’re world champs.”

Talib’s first personal foul came when he was called for taunting after pushing Panthers wideout Corey Brown out of bounds following a Broncos sack.

The second was thrown when he yanked Brown out of bounds by the receiver’s facemask to prevent a touchdown. Talib downplayed the impact of the foul.

The Panthers scored their only touchdown on the ensuing play, when running back Jonathan Stewart leaped over the line for the score.

By the looks and sounds of it, Talib also had plenty of fun after the game, too. 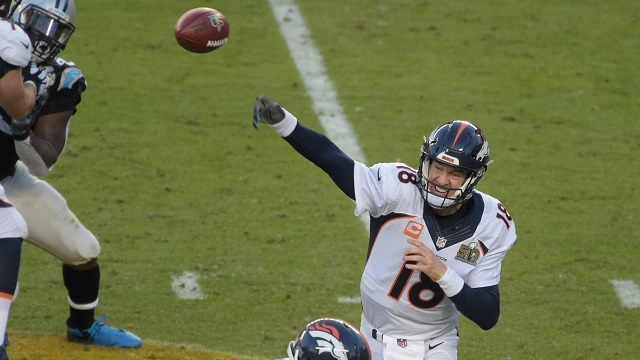 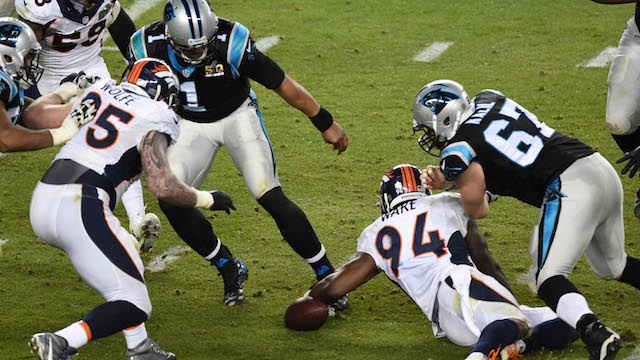