Final, BC 3-2: The final horn sounds, and that will do it. Boston College is headed back to the Beanpot championship game for the sixth time in seven years after knocking off Harvard in the first semifinal of the 2016 tournament.

Colin White scored the game-winning goal and added an assist for the Eagles, who will play the winner of Boston University and Northeastern next Monday at TD Garden.

Third period, 15:01, BC 3-2: Nothing doing for the Crimson on the man advantage. The Eagles maintain their one-goal advantage as we dip below five minutes to play.

Third period, 13:01, BC 3-2: Here comes a golden opportunity for Harvard. Austin Cangelosi goes to the box for slashing, giving the Crimson a power play with less than seven minutes remaining.

Third period, 6:20, BC 3-2: Both teams have had their chances, but neither has been able to capitalize so far here in the third. BC has been the aggressor thus far, recording six third-period shots on goal to Harvard’s one.

Third period, 0:01, BC 3-2: The third period is underway. Will BC punch a ticket to its sixth Beanpot title game in seven years, or will Harvard secure safe passage to the finals for the first time since 2008? We will find out very shortly.

Second intermission, BC 3-2: The second-period horn sounds, and we will head to the third with BC holding a one-goal lead.

Second period, 10:29, BC 3-2: Another power-play goal, this one off the stick of leading scorer Colin White, puts the Eagles back in the lead.

White, who leads BC in both goals and points this season, took a feed from Teddy Doherty and did the rest himself, maneuvering through the Crimson defense and putting a shot past Madsen for the Eagles’ third goal of the contest.

White now has a goal and assist tonight, while McCoshen, who was credited with the secondary assist, has two helpers.

Second period, 8:51, 2-2: The momentum has shifted Boston College’s way here in the second. An interference call on Harvard defenseman Clay Anderson gives the Eagles another opportunity on the man advantage.

Second period, 6:05, 2-2: Zach Sanford stuffs the rebound of an Alex Tuch shot past Merrick Madsen, and we are all tied up once again.

Tuch and Ian McCoshen assisted on the power-play goal.

Second period, 5:01, Harvard 2-1: Jake Horton heads to the box for tripping, and the Eagles will have their first power play of the evening.

First intermission, Harvard 2-1: After successfully killing off an Alex Tuch holding minor, the Eagles enter the locker room trailing the Crimson by a goal.

Harvard’s late-period surge considerably closed the gap in shots on goal, which now sits at 8-7 in favor of Boston College.

Harvard’s second shot on goal of the evening got past Demko, as well, giving freshman defenseman Adam Baughman the first goal of his collegiate career. Baughman had played in just one game for the Crimson before tonight.

The goal was reviewed, however, to determine whether Jimmy Vesey had interfered with Demko. Vesey crashed into the BC netminder shortly before Baughman released his shot, but officials determined the winger had gotten himself out of Demko’s way in time.

The call on the ice stood, and Harvard now has its first lead of the contest.

2-1 Harvard if there is no tender interference.. https://t.co/gsRTsIE3KP

First period, 9:47, 1-1: Harvard went nearly half the first the period without a shot on goal. They only needed one to tie this game up.

Following a blocked shot by Tyler Moy, Bruins draftee Ryan Donato outraced two BC defenders, maneuvered around the stick of White and flipped a shot past Eagles goalie Thatcher Demko to get the Crimson on the board.

Donato, who participated in Bruins development camp this past summer, is in his first season at Harvard, where he plays under his father, head coach Ted Donato.

Freshman Casey Fitzgerald fires a shot past Harvard goalie Merrick Madsen to give the Eagles a very early 1-0 lead. It’s the third career collegiate goal and the first since Nov. 28 for the young defenseman, who also hails from North Reading, Mass.

First period, 0:01, 0-0: Boston College wins the opening faceoff, and we’re off and running at TD Garden.

4:35 p.m.: BC and Harvard are paced offensively by a pair of local products: Colin White and Jimmy Vesey.

White, a BC freshman and Hanover, Mass., native, has racked up a team-high 33 points (15 goals, 18 assists) through his first 23 collegiate games, tying him for 12th in the nation in scoring.

Vesey, a senior from North Reading, Mass., and defending Hobey Baker Award finalist, sits just a hair behind him with 32 points (16 goals, 16 assists) in 19 games for the Crimson. Last season’s Division I leader in goals with 32, Vesey forms one-third of Harvard’s highly potent and very experienced top line, with center Alex Kerfoot ranking second on the team with 24 points and right wing Kyle Criscuolo’s 14 goals ranking second behind Vesey.

White, Vesey and Kerfoot also are three of 19 drafted players who will be participating in the early game tonight, including three — BC’s Ryan Fitzgerald and Harvard’s Ryan Donato and Wiley Sherman — who are property of the team that typically calls this arena home, the Boston Bruins.

Here are the full line combinations and defensive pairings:

4 p.m. ET: College hockey returns to TD Garden on Monday for the 64th installment of the sport’s most storied midseason tournament: the Beanpot.

The first of Monday’s two semifinals will be a rematch of the 2015 consolation game, with Boston College taking on Harvard in a battle of two of the nation’s top 10 teams.

The Eagles, who enter ranked fifth in USCHO’s national rankings, are eyeing a return to Beanpot glory after having their string of five straight tournament titles snapped last year, while the Crimson, ranked No. 7, are seeking their first Beanpot title in 23 years and their first championship game appearance since 2008.

Harvard last hoisted the Beanpot trophy on Feb. 8, 1993 — before all but three of its current players were born. The Garden was a house of heartbreak last year for Ted Donato’s squad, which lost in double overtime to eventual champion Boston University in the semifinals before suffering an overtime loss to BC in the consolation game.

Puck drop for semifinal No. 1 is set for 5 p.m. ET. Be sure to keep it here throughout the night for up-to-the minute news, highlights and analysis. 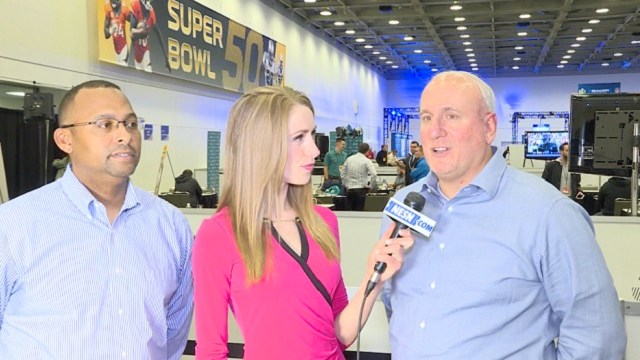