A wild brawl took place during a Torneo de Verano (a preseason summer tournament) game between the two clubs, which hail from La Plata, Argentina. Dozens of players were involved, forcing referee Silvio Trucco to abandon the game with Estudiantes leading 1-0 in the second half.

The fracas kicked off after Estudiantes’ Santiago Ascacibar was sent off for a rash tackle from behind on a Gimnasia player. Gimnasia players confronted Ascacibar as he was walking off the field, and his Estudiantes teammates rushed to his assistance.

The brawl featured punches, kicks, players, coaches and staff. Estudiantes goalkeeper Mariano Andujar appeared to receive the worst of the blows as he lay on the ground.

Check out the brawl here (warning: it includes some graphically violent scenes).

The teams will meet again on March 13 in Round 7 of Argentina’s Primera Division (first division). Let’s hope time and looming sanctions cause heads to cool and that game to go ahead as scheduled without such scenes. 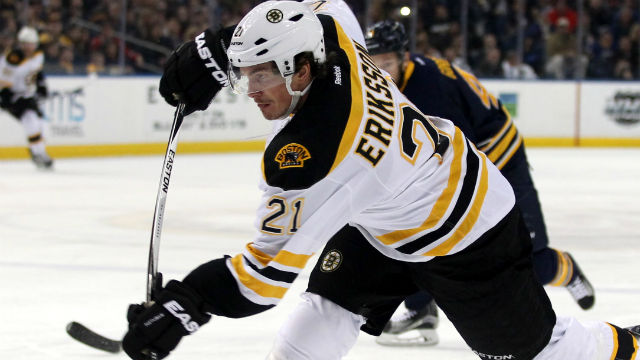 Will The Bruins Re-Sign Loui Eriksson? Claude Julien Sure Hopes So