The Anaheim Ducks certainly have had the Boston Bruins’ number this season.

Anaheim shut out Boston 4-0 on Friday night at the Honda Center to clinch a sweep of the teams’ two-game season series. In those two games, the Ducks outscored the Bruins by a combined score of 10-2.

But while the 6-2 beatdown the Ducks inflicted on the B’s back in January was an unmitigated disaster, their latest meeting actually was much closer than the garish final score might suggest.

Jamie McGinn scored Anaheim’s first goal off a double deflection just 2:51 after puck drop, and Ryan Kesler added another a mere 76 seconds later. The Bruins responded with a much better second period and actually outshot the Ducks 38-26 in the game, but they were unable crack goalie Frederik Andersen, who turned in his fifth career shutout.

?I didn?t think it was a 4-0 game, personally,” Bruins coach Claude Julien said in a postgame interview with NESN’s Jack Edwards and Andy Brickley. “I thought our team played well enough that it should have been a much closer game. But we dug ourselves a hole there early in the game, down by two goals, and their goalie stood tall for them when they needed him to do that. So, it was one of those games where we weren?t able to finish, and good goaltending on their part.”

Hampus Lindholm’s goal 58 seconds into the third period all but put the game away, and Rickard Rakell’s with less than six minutes to play added some unnecessary insurance.

?Obviously, we got a tough start,” Bruins goalie Jonas Gustavsson, who finished with 22 saves, told reporters, as aired on “Bruins Overtime LIVE.” “They got a couple of goals pretty quick there, and then it?s kind of uphill. But overall, I feel like we played a pretty good game. We could have scored a few goals, and their goalie played well. We couldn?t get the puck behind him. Maybe a little more puck luck, we get a couple goals, it?s a different game. But overall, we played good enough to win.”

?We didn?t play a bad game,” winger Brad Marchand added. “They just got those quick, early ones, and their goalie played pretty well. He made a couple of big saves. But now we just have to be ready for (Saturday).”

Center David Krejci was less forgiving, however, pointing out that self-inflicted errors and sloppy play were to blame for the Bruins’ slow start.

?It was a tough start,” Krejci told reporters. “A number of things happened. We don?t need to talk about any of them — we all know what happened in this room. Things like that, it is what it is. But we still had 40 minutes to do something about it, and we didn?t. We didn?t catch the start, we couldn?t buy a goal, and that?s what happened.”

Some additional notes from Friday’s action:

— While there were positives to take from the loss, the fact that remains that Boston has been miserable this season in games against the Pacific Division’s top three teams: the Ducks, San Jose Sharks and Los Angeles Kings. The Bruins are 0-5 against those teams this season and are allowing 5.4 goals per game.

The sixth such game awaits the B’s on Saturday night, when they’ll visit the Pacific-leading Los Angeles Kings. In addition to winning two of the last four Stanley Cups, the Kings also steamrolled the Bruins in the teams’ first meeting this season, winning 9-2 at TD Garden to hand Boston its worst loss since 2008.

Not impressed yet? Los Angeles also is 10-2-1 in its last 13 games, and its last four wins came against the New York Rangers, Dallas Stars, Chicago Blackhawks and Washington Capitals. 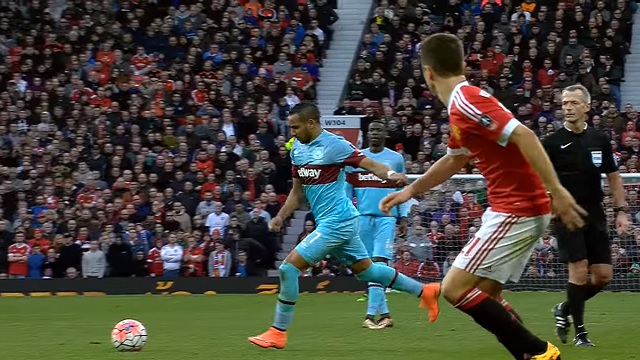