Liverpool FC is within striking distance of saving its 2015-16 season and brightening its future. That’s what effect adding the UEFA Europa League trophy to the Anfield Trophy Room could have on the club.

The Reds will face Sevilla on Wednesday at St. Jakob-Park in Basel, Switzerland, in the 2016 UEFA Europa League final. Both teams share an air-tight emotional bond with their fervent fans and are determined to add fresh success to the storied history of their clubs. The winner also will earn a spot in next season’s UEFA Champions League.

European soccer games don’t come much bigger than this, so let’s take an in-depth look at it.

Sevilla mastered this competition, having won it a record four times, including in the past two seasons. Sevilla can become the first team to win the Europa League (or its forerunners UEFA Cup/Fairs Cup) three consecutive seasons.

Liverpool hasn’t won a European trophy since 2005 (Champions League), and its last victory in this competition came in the 2001 UEFA Cup. The Reds also won the trophy in 1973 and 1976. Victory over Sevilla would draw the Reds equal to the Spanish club in overall titles.

Sevilla has endured a disappointing season, finishing seventh in the La Liga table and exiting the Champions League in the group stage. However, Sevilla still can qualify for either of next season’s European competitions: the Champions League with a win over Liverpool or the Europa League by beating Barcelona on Saturday in the Copa del Rey (Spanish Cup) final.

Liverpool slipped to an eighth-place finish in the Premier League, as injuries, inconsistency and a failed penalty-kick shootout in the Capital One Cup final spoiled the Reds’ hopes for domestic success. But Liverpool can redeem itself and make a success of Jurgen Klopp’s first season at Anfield by lifting this trophy.

Who will get their hands on this tomorrow? #UELfinal pic.twitter.com/vqFLnO4EJQ

Learn all about the prize at stake at the #UELfinal…
Who will lift the trophy on Wednesday?https://t.co/kvEUFUkDaI

Klopp and Sevilla’s Unai Emery are two of the world’s most passionate and animated coaches when they’re on the sidelines.

Emery masterminded Sevilla’s Europa League triumphs in 2014 and 2015. The 44-year-old has called on his players to maintain their hunger and focus during this pivotal moment in their careers.

Liverpool players seemed unsure of themselves when Klopp inherited them from Brendan Rodgers in October, but the German has changed attitudes throughout the club and is poised to reap the rewards.

Klopp also will be keen to improve his record in major finals. Borussia Dortmund won the 2012 DFB-Pokal (German Cup) final with Klopp at the helm but lost in the 2013 Champions League final and in the 2014 and 2015 German Cup finals. Liverpool’s Capital One Cup final loss was Klopp’s fourth consecutive final defeat.

Liverpool captain Jordan Henderson and Divock Origi have recovered from injuries they sustained on April 8 and 20, respectively. They’re unlikely to start but could inject the Reds with speed and energy, if necessary.

Alberto Moreno joined Liverpool from Sevilla in 2013 in a £12 million ($20 million) transfer. The Liverpool fullback spoke this week about playing against his boyhood club for the first time.

Injuries to fullback Benoit Tremoulinas and midfielder Michael Krohn-Dehli shouldn’t disrupt Sevilla too much. The veterans were regular starters in league play but featured sparingly in the Europa League.

Keep an eye on Liverpool’s Philippe Coutinho and Daniel Sturridge. Both joined the club in 2013 and have yet to win a trophy. Doing so could certify them as Anfield heroes.

Sevilla’s Kevin Gameiro is fundamental to his team’s attack. The French striker leads his team with seven goals in the Europa League.

St. Jakob-Park will be rocking. Liverpool fans almost certainly will make up a majority of those in attendance, as Sevilla didn’t sell out its original allotment of tickets, and Liverpool gladly took the extras.

.@JamesPearceEcho says tomorrow's @EuropaLeague final will be 'like a home game' for #LFC… https://t.co/eLtvMO0f2k

The Anfield roar has boosted Liverpool in the Europa League.

Sevilla is not a good away team.

1 – Sevilla are the first team to finish a La Liga season without an away win since Real Murcia on 03/04. Cup.

The Reds are favored at -210, according to sportsbooks monitored by OddsShark.com. 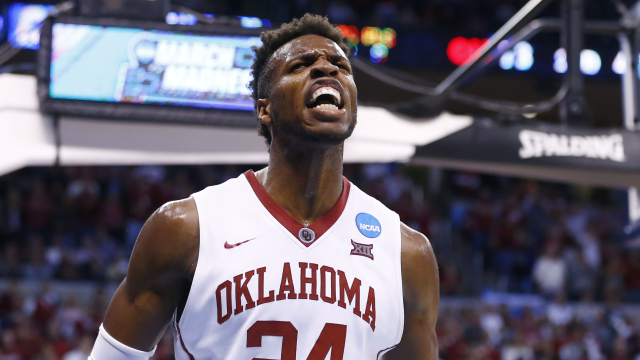 Could Celtics Have Eyes For Buddy Hield After 2016 NBA Draft Lottery? 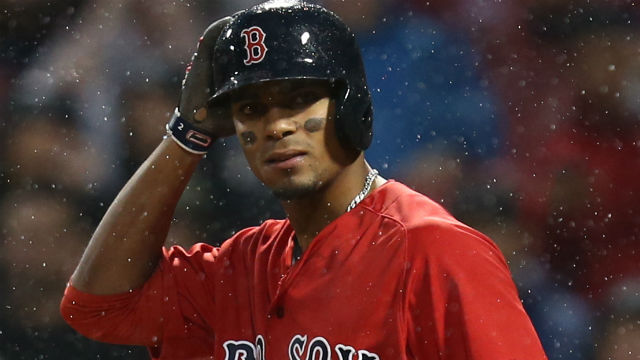 Red Sox’s Offense Is Best In Major League Baseball, And It’s Not Even Close