UPDATE (8 p.m.): There isn’t much consistency in the reports on Jimmy Garoppolo’s injury.

Garoppolo is in “tremendous pain” and is unlikely to play Thursday against the Houston Texans, a league source told ProFootballTalk’s Mike Florio, who added it’s “simply too early to know” if Garoppolo can play in Week 4.

CSNNE.com’s Tom E. Curran reported Garoppolo’s injury will keep him out Week 3, but the QB “may be able to get back in the lineup” for Week 4.

The New England Patriots are “hopeful” Garoppolo will be back for Week 4, NFL Media’s Mike Garafolo reported Sunday night.

So, it sounds like the original prognosis of six weeks is a bit extreme. It seems Garoppolo could return by Week 4 based on his tolerance for pain.

ORIGINAL STORY: The New England Patriots reportedly will trot out their second starting quarterback of the season Thursday night against the Houston Texans, and neither of them are named Tom Brady.

Jimmy Garoppolo has been ruled out for the Patriots’ game against the Texans after suffering a shoulder injury in Sunday’s 31-24 win over the Miami Dolphins, a source told Jeff Howe of the Boston Herald.

While Garoppolo still was undergoing tests as of Sunday evening, Howe reported “the early indication is the injury could take six weeks to heal, according to a source.”

Garoppolo was expected to start New England’s first four games while Brady serves his Deflategate suspension. He started the first two but was forced to leave Sunday’s in the second quarter after absorbing a hit from Dolphins linebacker Kiko Alonso.

Rookie Jacoby Brissett took over for Garoppolo and played the rest of the game, completing 6 of 9 passes for 92 yards in his NFL debut. He finished with zero touchdowns and zero interceptions, was sacked twice and rushed four times for 12 yards.

Since Brady is not eligible to play until Week 5 and New England has no other quarterbacks on its roster, Brissett is in line to start against the Texans unless the Patriots choose to bring in outside help at the position.

Houston improved to 2-0 on the season by defeating the Kansas City Chiefs on Sunday. 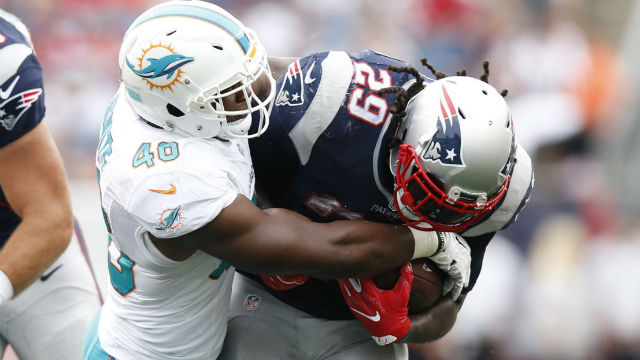 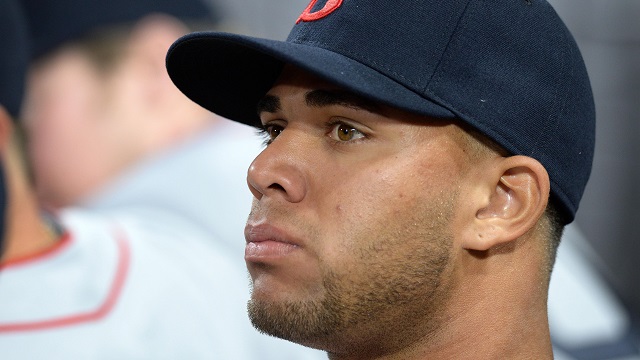