It appears the protests are growing.

Several NFL players and a few teams joined a growing list of athletes speaking out against social injustice by peacefully protesting “The Star-Spangled Banner” before Week 1 games Sunday.

San Francisco 49ers quarterback Colin Kaepernick was the first to do so after sitting and later kneeling during the national anthem during the preseason. He was joined by Seattle Seahawks cornerback Jeremy Lane in the preseason before U.S. soccer star Megan Rapinoe joined before a Seattle Reign FC game last week.

Across the NFL, teams and players showed signs of solidarity Sunday by locking arms together during the anthem. Others seemingly imitated famous U.S. Olympians John Carlos and Tommie Smith by raising their hand during the anthem, and some continued Kaepernick’s movement by kneeling. Seattle Seahawks and Kansas City Chiefs players led the charge and were joined by a few others.

Seahawks receiver Doug Baldwin spoke on behalf of his teammates Saturday in a statement, explaining what the team planned to do.

“We are a team comprised of individuals with diverse backgrounds,” Baldwin said in a video, as transcribed by NFL Media’s Kevin Patra. “And as a team, we have chosen to stand and interlock arms in unity. We honor those who have fought for the freedom we cherish. And we stand to ensure that the riches of freedom, and the security of justice for all people. Progress can and will be made only if we stand together.”

Thursday night, Denver Broncos linebacker Brandon Marshall kicked off the season by kneeling during the anthem, and he since has lost a sponsorship deal because of it.

Check out the scene during Sunday’s protests below. Marcus Peters with raised fist during Anthem. Locked arms by #Chiefs. No one sat or knelt. #USA pic.twitter.com/zfHgrphj6l

UPDATE (8:30 p.m. ET): New England Patriots players Martellus Bennett and Devin McCourty joined the silent protests. Before their “Sunday Night Football” game against the Arizona Cardinals, the two waited for the completion of the national anthem before raising fists in the air like others across the league had done earlier Sunday. 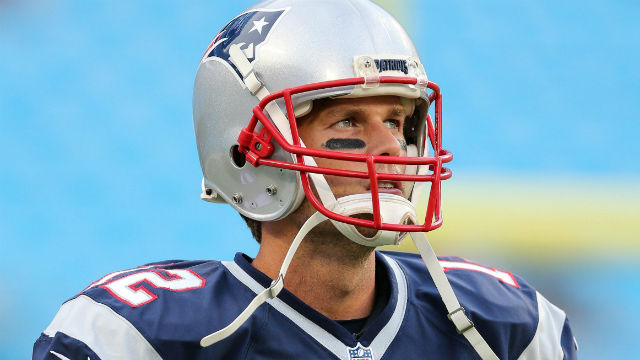 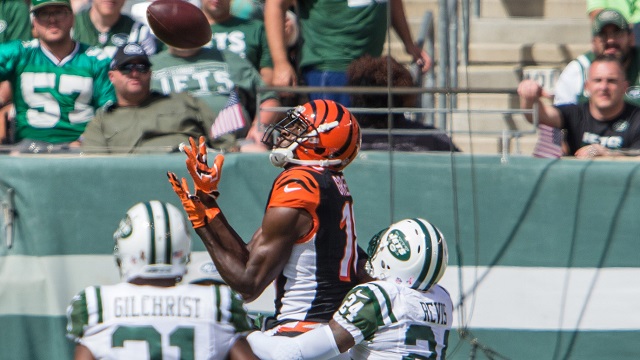