All-Star slugger Edwin Encarnacion long has been tabbed as a potential replacement for David Ortiz, whose retirement leaves the Boston Red Sox with a huge hole in the middle of their lineup.

Encarnacion is believed to be seeking a five-year contract in free agency, though, and that ultimately could be a deterrent in Boston’s quest to solve its designated hitter conundrum.

“There?s a lot of different factors,? Red Sox president of baseball operations Dave Dombrowski said Monday at the Major League Baseball general manager meetings of finding Boston’s next DH, per WEEI.com. ?One is affordability. But not only that. How long do you want to tie somebody up for that position when we have a lot of young players coming? I think that?s a very important part of it.

“Hanley (Ramirez) has two years and an option left. All of a sudden, we have Pablo (Sandoval) back at third base — I?m not saying he?s the third baseman, but he has the capability of being the third baseman. He?s himself in good shape, he?s ready to go and he?s an established guy. You have (Travis) Shaw. You have (Brock) Holt. You have (Yoan) Moncada coming. You?ve got (Sam) Travis that?s not too far away. The three outfielders are pretty much, I think will be entrenched for a while. So those are a lot of guys. And even a guy like (Rafael) Devers, I don?t know how far away he?s going to be.

In other words, signing Encarnacion makes some sense on the surface. Replace one big bat with another big bat. Boom. There you go.

But as Dombrowski outlined, the Red Sox have internal options that collectively could fill the offensive void left by Ortiz’s departure. They might be better off using their resources to address more pressing needs, especially since Encarnacion is somewhat of an imperfect fit to begin with given that he’ll be 34 years old before Opening Day and is a right-handed hitter. (Ortiz, of course, was a left-handed hitter.)

“If you had to say a preference, the preference would be a left-handed bat,? Dombrowski said, according to the Boston Herald. ?I’m not going to make (manager John Farrell’s) lineup out for him, but you’d probably say three of the guys in the middle of your lineup right now are (Mookie) Betts, (Xander) Bogaerts and Ramirez, and they’re all right-handed.

“You have other left-handers around them. It wouldn’t have to be. I wouldn’t take a guy who’s left-handed just because he’s left-handed over a guy you feel is a force but who’s right-handed.?

It would be unwise to rule out a pursuit of Encarnacion entirely. He is one of the game’s most feared power hitters and is coming off another excellent season with the Toronto Blue Jays in which he posted an .886 OPS, matched a career-high with 42 home runs and finished tied with Ortiz for first in the American League with 127 RBIs. Plus, his agent told WEEI.com on Monday that Encarnacion was “intrigued” by Ortiz’s in-season suggestion that the three-time All-Star be his successor in Boston.

But the Red Sox might be more inclined to seek a power hitter who’s willing to accept a one- or two-year contract. And if that guy’s a left-handed or switch-hitting bopper, even better.

Dombrowski’s comments Monday don’t guarantee anything, but they’re still telling as we try to figure out which direction the Red Sox are leaning this winter. 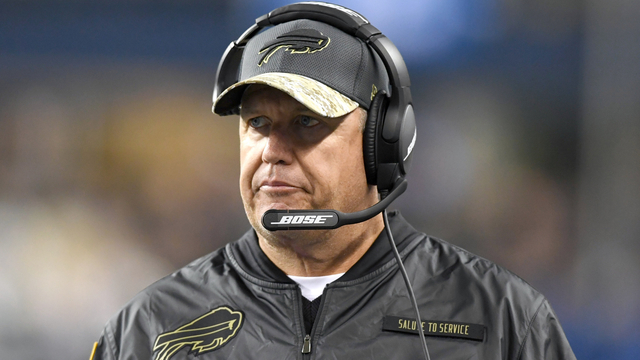 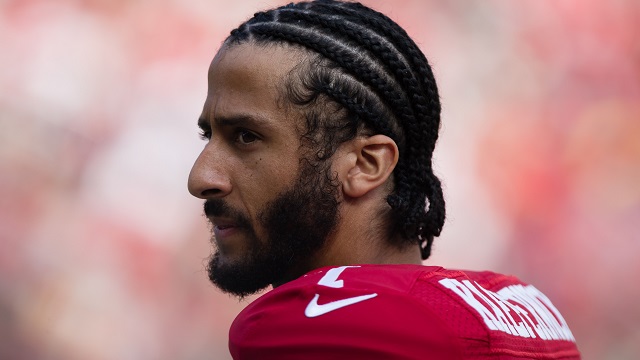 Why Colin Kaepernick Not Voting Is Hypocritical, Ruins His Credibility