New England Patriots fans have made a habit of taking over opposing stadiums this season, first in Cleveland and then, on Sunday, outside San Francisco.

Levi’s Stadium was overrun by New England supporters during the Patriots’ Week 11 matchup with the 49ers, scores of whom braved monsoon-like conditions to watch their team prevail 30-17.

“It’s pretty crazy,” Patriots wide receiver Julian Edelman, who grew up a 49ers fan in nearby Redwood City, Calif., told reporters after the game. “Any time we come out West, it seems like we have a lot of fans out here. It’s pretty amazing to see, and it’s exciting being in your hometown area and seeing some of the greats that you watched growing up out here. It was a fun experience.”

The star of the show Sunday was another Bay Area native, Patriots quarterback Tom Brady, who tossed four touchdown passes in his first road game against his hometown team. Chants of “Brady! Brady!” broke out following the QB’s final score — a 56-yard catch-and-run by rookie wide receiver Malcolm Mitchell.

?Yeah, I definitely felt Patriots fans out there,” Patriots coach Bill Belichick told reporters. “Before the game, when we scored, when we made good plays, after the game. It looks like we travel well.?

Even 49ers quarterback Colin Kaepernick acknowledged the large swaths of blue that dominated the crowd.

?I really hadn?t thought about it,” Kaepernick told reporters, “but there were a lot (of Patriots fans) out there.?

Some additional notes from the Patriots’ eighth win of the season:

— Sunday was a bad day to be an NFL kicker, and New England’s Stephen Gostkowski was not immune. Gostkowski missed his third extra point of the season — one of a record-setting 12 point-after tries that were missed around the league.

Gostkowski, whose uncharacteristic early-season struggles were well-documented, had been perfect over the previous two weeks, going 3-for-3 on field goals and 8-for-8 on extra points in games against the Buffalo Bills and Seattle Seahawks.

The Patriots kicker was true on his lone field-goal attempt Sunday, drilling a 38-yarder late in the fourth quarter.

— After dumping rain on the field for much of the afternoon, the skies over Levi’s Stadium cleared late in the fourth quarter, producing some breathtaking postgame photos.

— While no announcement has been made, ESPN.com’s Mike Reiss speculated the Patriots’ Week 13 matchup with the St. Louis Rams could be flexed into primetime.

Reiss on Sunday wrote the game, which currently is scheduled for 1 p.m. ET at Gillette Stadium, was “a strong candidate to be flexed” if the Patriots defeated the Niners and Rams rookie quarterback Jared Goff played well in his NFL debut.

New England already has had one game flexed this season, with next Sunday’s meeting with the New York Jets being moved from 8:30 p.m. to 4:25 p.m. The Patriots currently have just one primetime game — a Monday night battle with the Baltimore Ravens in Week 14 — remaining on their regular-season schedule.

Goff, the No. 1 overall pick in the 2016 NFL Draft, wasn’t anything special in his first pro appearance, going 17-for-31 for 134 yards and no touchdowns in the Los Angeles Rams’ 14-10 loss to the Miami Dolphins. 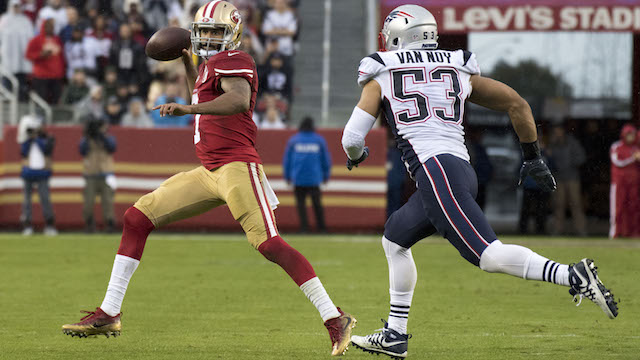 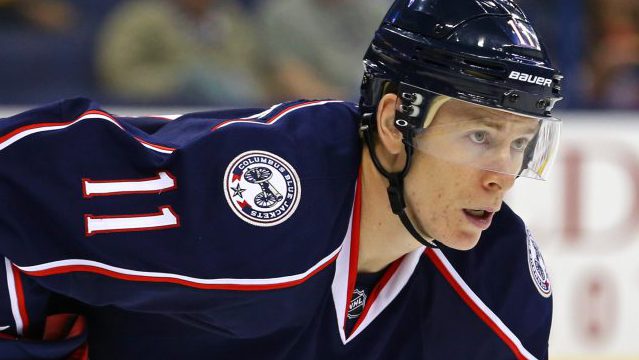