The UEFA Champions League will reach a higher gear in 2017, and now we know why.

UEFA conducted the Champions League round of 16 draw on Monday at its headquarters in Nyon, Switzerland, sorting the remaining 16 teams into eight matchups. The two-legged series will take place between mid-February and mid-March, giving fans a healthy helping of thrills, tension and goals.

Let’s look at the matchups and schedule, and we’ll offer some quick analysis and predictions (subject, of course, to change):

Benfica vs. Borussia Dortmund
Feb. 14 and March 8
Analysis: Dortmund surprisingly finished ahead of Real Madrid in Group F and scored the most goals in the history of the group stage. The German club’s reward is a matchup against Group B runner-up Benfica, which narrowly backed its way into the knockout round.
Prediction: Dortmund will earn a road draw against Benfica and win at home, advancing comfortably.

Paris Saint-German vs. Barcelona
Feb. 14 and March 8
Analysis: One of the two feature matchups in the round of 16 pits familiar foes against each other in Group C winner Barcelona and Group A runner-up PSG. Barcelona eliminated PSG in the quarterfinals in 2013 and 2015 and beat them twice in the group stage earlier in the 2014-15 season.

Prediction: Barcelona will continue to inflict misery on PSG, winning both games. But they’ll be close.

Real Madrid vs. Napoli
Feb. 15 and March 7
Analysis: Real Madrid, the defending Champions League winner and Group F runner-up, will face Group B winner Napoli. Real Madrid is better equipped to handle the simultaneous demands of domestic and continental pursuits, so its title defense should continue into the next round.

Prediction: Napoli will put up a fight at home, but Real Madrid will sweep the Italian club aside when the series comes to Spain.

Bayern Munich vs. Arsenal
Feb. 15 and March 7
Analysis: This one’s the other can’t-miss matchup, but if you do, just wait until next year. They’ll probably play again.

4 ? For the 4th time @FcBayern_EN faces @Arsenal in the @ChampionsLeague 1/8 finals.No other matchup happened more often than twice. Repeat. pic.twitter.com/TpC9VDNtzW

3 – Arsenal have been eliminated from all three of their Champions League knockout ties against Bayern Munich (2005, 2013, 2014). Haunted.

Bayern Munich eliminated Arsenal in the round of 16 in 2013 and 2014, and the teams split their group-stage meetings last season. Pep Guardiola was in charge of Bayern Munich last season, but Carlo Ancelotti now occupies the hot seat. Group D runner-up Bayern Munich is slightly weaker than in recent seasons, and Group A winner Arsenal is a bit stronger.
Prediction: Arsenal will finally overcome Bayern Munich — on away goals — and end its six-year streak of round of 16 eliminations.

3 – Man City are unbeaten in all three of their previous meetings with French league sides (W1 D2). Allez.

1 – This will be the first competitive encounter between Monaco & Manchester City. Attractive.

Guardiola should have a better feel for his squad in two months’ time. Like City, Monaco also is in a domestic title race but the French club lacks the depth of its English opponent.
Prediction: Manchester City will win both games and advance comfortably.

1 – The only save Jan Oblak made in a penalty shootout was against Leverkusen in CHL 2014/15. Calhanoglu pic.twitter.com/owRSoOjmhc

Prediction: Atletico Madrid will hold Bayer Leverkusen to a goal-less draw in Germany and win by two goals in Spain.

Porto vs. Juventus
Feb. 22 and March 14
Analysis: Group H winner Juventus and Group G runner-up Porto compete in the Champions League almost every season but rarely cross paths. They’ll face off with Juventus the heavy favorite to advance, based on past and present results.

3 – #Juventus are unbeaten against FC Porto in the European competitions: 3 matches, 2 wins and 1 draw. Draw. #UCLdraw

Prediction: Porto will beat Juventus in Portugal but lose heavily in the return leg in Italy.

Prediction: Leicester will earn a surprise win in Spain and hold Sevilla to a wild draw at home in the return leg.

? The official result of the #UCLdraw! ?

UEFA will hold the quarterfinal draw on March 17.

The Champions League final will take place in Cardiff, Wales, on June 3, 2017. 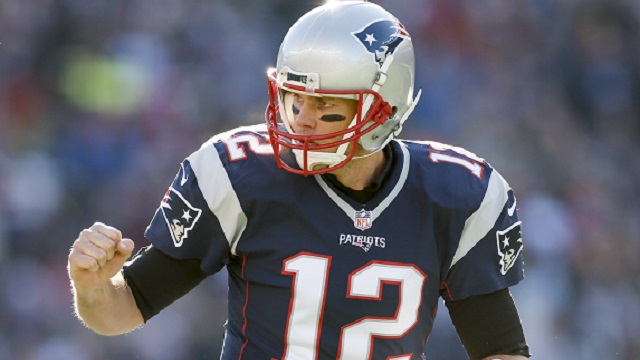 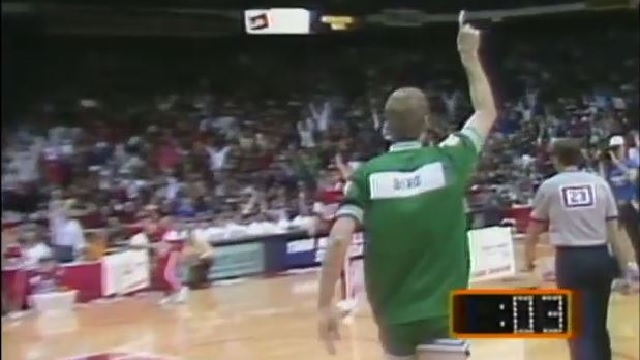 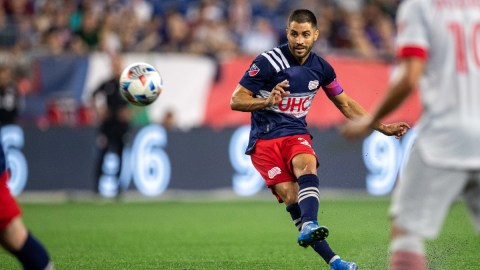