HOUSTON — They say everything is bigger in Texas, and that certainly was true Monday as thousands of fans and hundreds of media members descended on Minute Maid Park for Super Bowl Opening Night.

The New England Patriots and Atlanta Falcons each visited the ballpark for an hour, with the head coaches and several of the more prominent players speaking from podiums while the rest of the team wandered around the infield answering all manner of questions from the horde of local, national and international media members in attendance.

Some of the more football-related ones:

— Patriots backup quarterback Jimmy Garoppolo repeatedly was asked about the trade rumors that have circulated around him in recent weeks.

“This is when I hear the most of it — from you guys when you’re asking your questions,” Garoppolo responded. “This is all Atlanta Falcons right now. All of (the speculation) is just talk and rumors right now, so it is what it is.”

— Dante Scarnecchia, who helped revitalize the Patriots’ offensive line this season, plans to stay with the team through next season.

In football news, Dante Scarnecchia told me tonight that he plans to coach at least through next season. "That's the plan."

— Falcons All-Pro wide receiver Julio Jones is a former college teammate of Patriots linebacker Dont’a Hightower, with both plying their trade at Alabama.

“Man, he’s a hard worker,” Jones said, recalling the time the two spent together in Tuscaloosa. “He’s going to come to play. That’s just the way we taught it at Bama. He’s going to be accountable. He’s going to be where he needs to be on the field. For him, in this game, (the stage) is not going to faze him. I mean, I know it. Because we were basically brought up on the same thing.”

— Running back Devonta Freeman said his Falcons — three-point Super Bowl underdogs — aren’t out to prove themselves to anyone who might doubt their status as an elite NFL team. But he followed that up with one of the better quotes of the night.

Freeman also was asked how the Patriots might defend Jones, who’s arguably the NFL’s best wideout.

“Julio’s going to be Julio regardless,” he said. “I don’t care if you put three people on him.”

— During a game of word association, veteran Falcons defensive end Dwight Freeney went with “legend” to describe Patriots quarterback Tom Brady. Lady Gaga, Kanye West and Colin Kaepernick were “unique,” and Freeney responded to a prompt about Gisele Bundchen — Brady’s wife — with a smile and a “next question.”

— Of course, Opening Night isn’t really about football. It’s about the spectacle. A look at some of the celebrities and characters who were roaming around Minute Maid Park.

Simone Biles next to tall person picture of the night: Here with Falcons TE Levine Tuilolo (via @KPRC2Sara) pic.twitter.com/zkrJMGGSxb

This sums up media night pic.twitter.com/GkYT47Zg6u 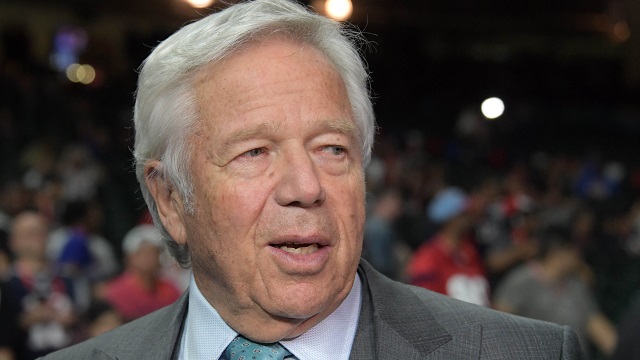 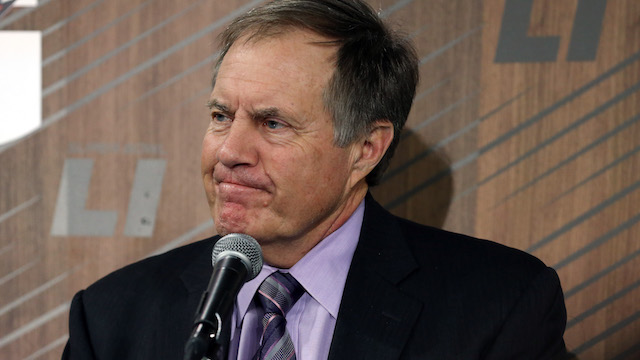 Patriots Assistant Coaches Explain Why Team Is So Connected To Lacrosse