The Boston Celtics couldn’t extend their winning streak to eight games, as the Sacramento Kings took advantage of a sloppy Celtics performance and took a 108-92 victory.

Isaiah Thomas led the C’s with 26 points, but his point total was matched by the Kings’ Darren Collison. Sacramento also received major help from the bench, as Ben McLemore (17 points) and Matt Barnes (14 points) both had strong offensive nights.

Amir Johnson had a quality night for Boston with 14 points and five rebounds.

STAR PLAYERS ABSENT
Both teams were missing one of their key players for Thursday’s game. The Kings were without star center DeMarcus Cousins, who was serving a one-game suspension as a result of receiving his 16th technical foul of the season Monday night against the Chicago Bulls. Avery Bradley once again was inactive for the Celtics with an Achilles injury.

C’s JUMP OUT EARLY
The Celtics continued their strong play out of the gate on Thursday, as they held a 28-19 lead after one quarter. The most glaring stat in the first frame came from the free-throw line. Boston converted on 10 of its 11 trips to the charity stripe, while Sacramento didn’t attempt one free throw in the first 12 minutes. The absence of Cousins proved to be costly early on, as the Celtics outrebounded the Kings 14-9 in the first quarter. Each team had one player in double figures after one frame, as Thomas posted 10 points for the C’s, while Collison scored 12 points for the Kings.

KINGS CLOSE GAP
Boston struggled in the second quarter, which allowed Sacramento to get back into the game, as the teams were locked at 49-49 heading into the half. Boston turned the ball over six times and shot a lowly 7-for-23 from the field in the second frame. McLemore, who contributed 10 first-half points, gave the Kings a boost off the bench. Thomas led all scorers at the break with 17 points, but the C’s other key players were quiet in the first half. Horford (5 points) and Crowder (2 points) were borderline nonexistent through the first two quarters, shooting a combined 2-for-6 from the field.

CELTICS’ STRUGGLES CONTINUE
Boston’s poor play carried over into the second half, as Sacramento took a 77-71 lead into the fourth quarter. The Celtics particularly struggled from behind the arc, as the team converted on only 8 of their 24 3-point attempts through three quarters. The Kings’ offense was solid in the third frame, as they posted a 12-for-21 shooting performance in the quarter.

KINGS HOLD ON
The fourth quarter is typically when Thomas turn its on, but not even the “King of the Fourth” could pull out this one for the C’s. Boston shot just 5-for-15 from the field, which eliminated any hopes of a comeback victory.

PLAY OF THE GAME
Watch out below.

.@THEwillieCS15 with the dunk of the YEAR. No regard for human life ? @Lexus #ExperienceAmazing pic.twitter.com/wWBICxEm7g

UP NEXT
The C’s will travel to Portland for a Thursday night date with the Trail Blazers. Tip-off is set for 10:30 p.m. ET 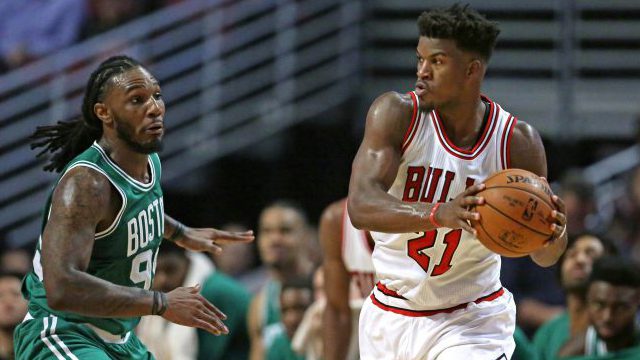