The New England Patriots made history in their Super Bowl LI win over the Atlanta Falcons on Sunday night.

Fans at NRG Stadium in Houston saw the greatest comeback in NFL playoff history as the Patriots erased a 28-3 deficit in the second half.

Here’s one insane stat to describe just how crazy New England’s comeback was.

New England made some team history as well.

This was the biggest comeback in Patriots history — in any game. Previous best was 24 points vs. Denver in 2013.

It’s just one of many memorable comebacks in Boston sports history, and maybe the craziest of them all. 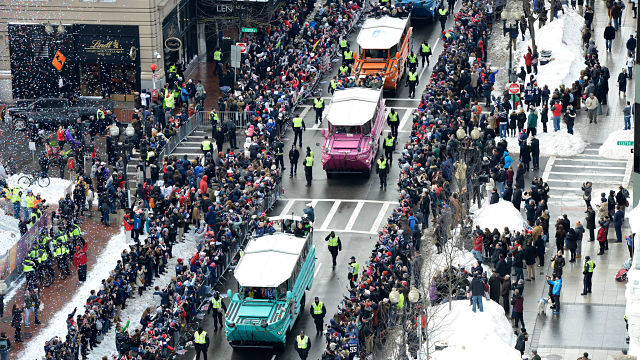