The fifth race of the 2017 NASCAR season wasted little time in producing drama.

Brad Keselowski’s No. 2 car sustained damage during the first lap of Sunday’s race in Fontana, Calif., when Ryan Newman collided with his rear end. Just two laps later, Jimmie Johnson made contact with almost the same area of Keselowski’s Ford Fusion, causing Keselowski to spin out and the race to go to caution.

Caution! The first 3 laps of today's race have been rough ones for @keselowski. Slight damage for @JimmieJohnson. https://t.co/5w6kSnh0ev

It was unclear at first glance whether Johnson nudged Keselowski, but Johnson could be heard confirming he hit the No. 2 when talking to his crew. And although Keselowski surely had to be frustrated to spin out so early into the race, things could’ve been much worst on the first lap.

After heading to pit row, Keselowski was able to return to the race, as was Johnson. 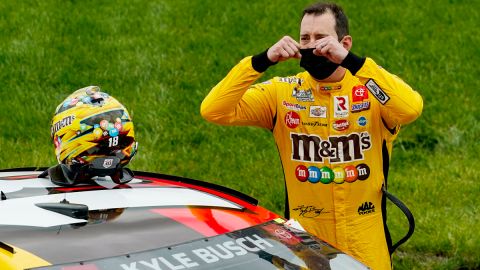