The Boston Celtics looked like they had earned a hard-fought victory against the Phoenix Suns on Sunday afternoon.

But, looks can be deceiving.

The Celtics led by two points with six seconds remaining when Suns guard Eric Bledsoe tied the game by hitting a tough layup. Isaiah Thomas then turned the ball over after the inbounds pass, and rookie point guard Tyler Ulis hit a step back buzzer-beating 3-pointer to deal the C’s a devastating loss.

Thomas led the Celtics with 35 points, but it wasn’t enough to overcome 28 points from Bledsoe and a career-high 20 from Ulis.

PLAYING SHORTHANDED
The Celtics faced the lowly Suns without center Al Horford and shooting guard Avery Bradley. Horford injured his shooting elbow in Friday night’s win against the Los Angeles Lakers, while it was planned rest day for Bradley, according to The Boston Globe’s Adam Himmelsbach.

BRICK CITY
Neither team lit up the scoreboard during the first half as the Celtics shot 30.2 percent from the field and the Suns were just a touch better, hitting 40.4 percent of their looks.

The Suns led by seven at halftime thanks to 15 points off the bench from Ulis. Devin Booker and Bledsoe each added nine in the half for the Suns, while Thomas led the Celtics with 14 points.

The Celtics started the game by hitting six of their first nine shots but would go just 6-for-32 during the rest of the half while turning the ball over 10 times.

WITHIN ARM’S REACH
The C’s shooting didn’t improve during the third quarter and that allowed the Suns to stretch the lead to 15 midway through the period. Boston, however, closed the quarter on a 13-2 run thanks to back-to-back 3-pointers by Terry Rozier and trailed by only four heading into the final quarter.

#Celtics Rewind pres. by @NissanUSA: @T_Rozzay3 knocks down the 3 and @Isaiah_Thomas is fired up as the Celtics try to get back in it pic.twitter.com/9ldPIf3rAy

CRAZY FOURTH
The Celtics came all the way back to hold a three-point lead with under a minute remaining. After a Bledsoe layup trimmed the lead to one, Thomas went to the line to extend it back to three. The Celtics star split the free throws, however, and the Suns had life with 11 seconds remaining.

On the ensuing possession, Bledsoe crossed over Crowder and finished a tough layup to tie the game.

The Celtics had four seconds remaining to try and get a shot off, but Marquese Chriss forced Thomas to turn the ball over and Ulis came up with it. The rookie took one dribble and launched a 3-pointer from the wing. It found its mark as time expired to give the Suns a last-second victory.

PLAY OF THE GAME
Unreal.

UP NEXT
The Celtics have a quick turnaround as they face the Los Angeles Clippers on Monday night. Tip-off is scheduled for 10:30 p.m. ET. 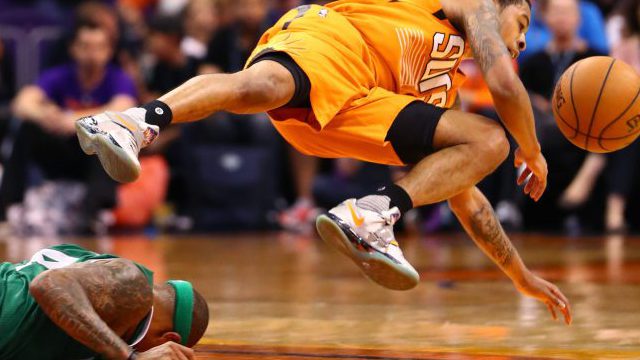 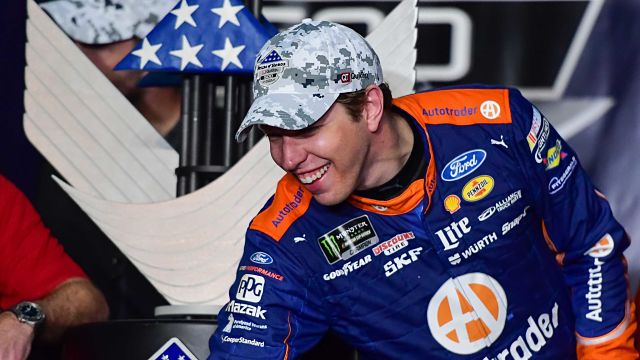