Celtics Notes: No. 2 Seed No Longer A Given For Boston After Another Loss - NESN.com Skip to content

Roughly 28 hours ago, the Boston Celtics were real contenders for the Eastern Conference’s No. 1 seed. Now? Not so much. And, if they aren’t careful over their final three games, the No. 1 spot might be the least of their worries.

The C’s now are 50-29 after back-to-back devastating losses to the Cleveland Cavaliers and Atlanta Hawks. As a result, not only are they 1.5 games behind the Cavs for the top spot, but their lead over the Toronto Raptors and Washington Wizards is down to two games with three contests left to play. And, to make matters worse for Boston, it lost the season series to the Cavaliers and Raptors, so it’s virtually two games back of Cleveland and only 1.5 up on Toronto. Washington isn’t as lucky, though, since the teams split their season series.

So this was a pretty bad time to lay an egg in back-to-back huge games.

Now, to be fair, Thursday’s 123-116 loss to the Hawks actually turned into a close game late, but the Celtics looked like the same lifeless team that was demolished by the Cavs the night prior for about two-and-a-half quarters.

Boston’s defense was absolutely putrid in the first half against Atlanta, as the Hawks put up 71 (!) points before the break, 27 of which came over the final 6:05 of the frame. One of the most glaring stats was on the boards, where the Celtics were outrebounded 52-38. Thirteen of those Atlanta rebounds came on the offensive end, including nine in the first half.

And then there were the C’s plus/minus numbers. Isaiah Thomas had another huge night offensively with 35 points, but he was a minus-26 in the first half and finished as a minus-20. Avery Bradley wasn’t much better at minus-14.

The Celtics came back in the second half, trimming their deficit down to five on multiple occasions. But that was more due to a better defensive effort, as The Boston Globe’s Gary Washburn pointed out on Twitter with this stat:

That simply isn’t good enough. And neither is an Al Horford stat line that says this: four points and five rebounds on 1 of 8 shooting.

Al Horford: "It's a long season and at times you go through adversity. We've happened to had it the last couple of games."

Boston has three games left to try and overcome that adversity and clinch the No. 2 seed. Or it can continue to play like the lifeless team we saw Wednesday and for two-and-a-half quarters Thursday.

Let’s check out a few more notes from Thursday’s Celtics vs. Hawks game.

— While Thomas’ defensive stats stood out negatively Thursday night, he still was the Celtics’ best offensive player on the court. And he continued to set historic marks with another 30-point effort.

Isaiah Thomas became the 4th player in Celtics' franchise history to have 30 or more games with 30+ pts in a single season @CelticsCSN pic.twitter.com/e0vOZVqQdm

— While there were plenty of negatives for the C’s in this one, coach Brad Stevens did see at least one positive from the loss.

Stevens said the Celtics can take things from this loss. Excited about the way the bench played.

Marcus Smart is easy to pick out among the bench players, as he had 18 points on five made 3-pointers with seven assists, six steals and four rebounds.

It also was sort of a role reversal from the night before when the bench players’ plus/minuses were dreadful thanks to LeBron James’ big second-quarter run, as they ranged from plus-5 to minus-6 against the Hawks.

— Speaking of the Hawks, they still haven’t clinched a playoff berth, but they now lead the Milwaukee Bucks by a half-game for the No. 5 seed. 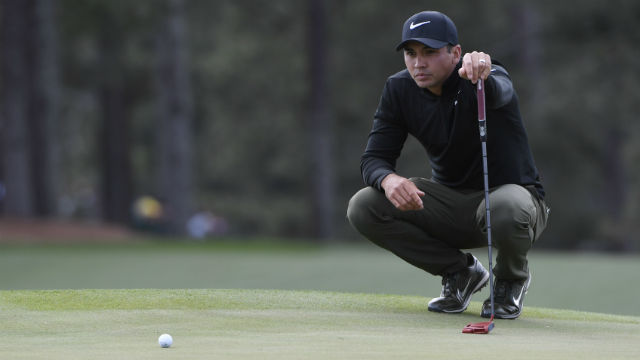