Why Another Cavs-Warriors NBA Finals Is Undeniably Great For The NBA - NESN.com Skip to content

For a third consecutive season, the Golden State Warriors and Cleveland Cavaliers will meet in the NBA Finals.

Despite both teams being the clear-cut best in their respective conferences, many have argued that the Finals trilogy isn’t good for basketball. They claim a lack of parity, as many basketball fans evidently are tired of LeBron James and Stephen Curry competing for championship glory.

But when you take everything into consideration, it’s hard not to admit that another Warriors-Cavs NBA Finals showdown is great for the league.

If you’re a true fan of the game, this matchup undoubtedly is the best the NBA has to offer. The amount of star power on the court at one time is almost unheard of: The combined starting lineups feature a possible seven future Hall of Famers.

And while neither side has openly admitted it, Cleveland and Golden State has become one of the most entertaining rivalries the NBA has seen in quite some time. These series have had a little bit of a Boston Celtics-Los Angeles Lakers vibe — two highly skilled clubs led by some of the era’s best players.

The 2017 NBA playoffs have been kind of a dud up until this point, but that’s in large part to the dominance of these two teams. The Warriors are a perfect 12-0 heading into the NBA Finals, while the Cavaliers only have dropped a single game. But when two powerhouses meet, something has to give.

As thrilling as the 2016 NBA Finals was, the case could be made that both sides have gotten better since last June. The Warriors certainly have, as the offseason addition of Kevin Durant vaulted an already loaded roster to even higher class. Durant joined Golden State with championship aspirations in mind, but the superstar forward will have to be at his best to dethrone the defending champions.

In what’s become an annual tradition over the past decade-plus, James has taken his game to another level. The Cavs star is controlling the game on all facets with efficient shooting, stellar defense and an uncanny ability to direct the pace of the game. And with a slew of veteran complementary players, “King James” is in as good a position as ever to become a four-time champion.

The position matchups in this series are a basketball fan’s dream, as well. There will be an exciting clash of point guards between Curry and Kyrie Irving, two of the game’s craftiest ballhandlers. The small forward matchup is as good as it gets, as Durant and James surely will trade basket after basket throughout the series. And if you’re looking for a tough battle on the boards, they don’t come much grittier than Draymond Green and Tristan Thompson.

So, while it’s nice to see new faces on the game’s biggest stage, how can you not be excited for this year’s NBA Finals? If you’re a true basketball fan, Warriors vs. Cavaliers Round 3 is everything we could have asked for.

Homer-Happy Red Sox Offense Has Chris Sale’s Back In Win Vs. White Sox 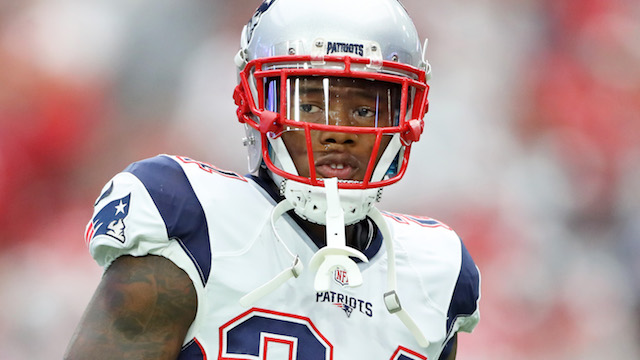