Hayward, who signed with Boston last month, revealed his disdain for Brady — we’re exaggerating, of course — earlier this year when him and other Utah Jazz players were asked leading up to the New England Patriots’ Super Bowl LI clash against the Atlanta Falcons whether they would take Brady or Green Bay Packers quarterback Aaron Rodgers. The Indiana native picked Rodgers, explaining that he’s an Indianapolis Colts fan and therefore couldn’t pick the Patriots signal-caller.

Stevens, who’s entering his fifth season as Boston’s head coach, also is an Indiana native who rooted for the Colts during his younger years, so he understands Hayward’s reluctance to support Brady, who has made life miserable for Indy fans on several occasions. But he also has little doubt Hayward will warm up to the five-time Super Bowl champion, just as he’s done since becoming head coach of the Celtics.

?First of all, I think that clip was a few years old, so I have to let him have that, at least,” Stevens said Wednesday during the WEEI/NESN Jimmy Fund Radio-Telethon presented by Arbella Insurance Foundation. “But I made sure that he knew that, ?Hey, by the time you get here, I give you about four weeks before you?re a huge Tom Brady fan.?

“Obviously I have been here four years, and coming from Indianapolis, there is a certain Peyton Manning lean back in the day. Obviously when you?re here and around the Patriots and around Tom, really that whole organization, it?s so impressive.

“I actually, after Gordon made his decision and moved forward, I actually sent them both a little text jabbing Gordon. He?s already reached out. Tom has been nice enough to give his advice, regardless. Tom has actually been great about it.”

Hayward, who spent seven seasons with the Jazz before signing with the Celtics this summer, has a lot to learn in his new home. But becoming a TB12 fan should come naturally, and Stevens sounds more than ready to facilitate that friendship. 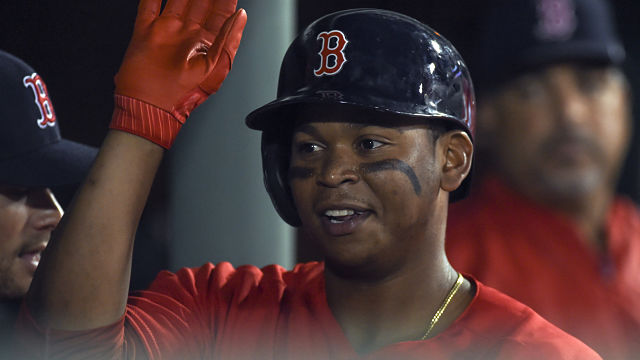