The New England Patriots lost Julian Edelman to a torn ACL over the weekend, robbing them of Tom Brady’s favorite target and creating some question marks in an offense that looked like a juggernaut a week ago.

And make no mistake: The Patriots’ offense still will be a force to be reckoned with this season. Any unit that features Tom Brady, Rob Gronkowski and Brandin Cooks can’t be taken lightly.

But while Brady and Co. have the pieces in place to withstand Edelman’s injury, the veteran wide receiver’s absence will force head coach Bill Belichick to make some unexpected decisions ahead of this Saturday’s roster cutdown deadline.

How will the Patriots fill Edelman’s spot on the 53-man roster? Here are three options:

1. Keep just four wide receivers, plus special teams ace Matthew Slater
A receiving corps consisting of Cooks, Chris Hogan, Malcolm Mitchell and Danny Amendola is one most teams gladly would accept. With Edelman out, Hogan becomes the new No. 2 receiver, and Amendola likely sees his role increase as the Patriots’ top slot option. Cooks is a bona fide No. 1 after posting consecutive 1,000-yard seasons in New Orleans, and Mitchell showed flashes of brilliance as a rookie in 2016. He and Amendola both were excellent in Super Bowl LI.

Due to injuries, however, this plan might not be feasible. Slater practiced Monday for the first time in weeks, and Mitchell hasn’t been able to stay on the field with any consistency this summer. Amendola is healthy, but he’s missed six games over the past two seasons, and the Patriots might not be comfortable with significantly upping his workload.

Slater’s status also raises another question, as the Patriots might need to keep another player with special teams ability (cornerback Kenny Moore, perhaps?) if he won’t be ready for Week 1.

If the Patriots chose the four-wideout route, they can use Edelman’s vacated roster spot to bolster another position, such as linebacker, offensive tackle, cornerback or running back.

2. Give Edelman’s spot to a young receiver
This probably is the most popular option, with many fans seeming to want the Patriots to use Edelman’s injury as a way to keep Austin Carr on the roster.

Carr, an undrafted rookie out of Northwestern, has had a promising preseason, catching 11 passes on 16 targets for 105 yards and a touchdown over three games. According to Pro Football Focus, he’s been the fifth-most productive receiver so far in this year’s rookie class.

The most productive rookie wide receivers in the NFL this preseason pic.twitter.com/KoV7asW5WE

?Austin?s done a good job for us,? Belichick said Monday. ?He?s been durable. He?s been out there every day. He works hard. There?s still a lot of things he can improve on. Like a lot of the other guys on the team, making progress. Clock?s ticking. Coming down to the wire.”

Carr isn’t the only candidate, though.

Wideout Devin Lucien has a year of experience in the Patriots’ system after spending the 2016 season on their practice squad, and while he’s been largely invisible in preseason games (four catches, 10 targets, 40 yards), he outplayed Carr on the practice field during training camp.

The Patriots also could give the spot to D.J. Foster, a versatile running back who played receiver in college. Foster, who was on the Patriots’ 53-man roster for almost all of last season but spent the vast majority of it as a healthy scratch, has been one of New England’s most productive players this preseason, rushing 24 times for 81 yards and a touchdown and catching nine passes for 99 yards and another score.

Foster struggles when lined up anywhere but in the backfield, however, and just about all of that production has come against second- and third-string defenders.

3. Add a veteran receiver from outside the organization
Perhaps this will change as more players are cut throughout the week, but as of Tuesday morning, the pool of available free agent wide receivers was extremely shallow and not particularly enticing. The most intriguing name currently on the market is 36-year-old Anquan Boldin, and the Patriots would need to convince him to postpone his retirement.

A trade always is a possibility — Jarvis Landry’s name was mentioned in rumors this week before Miami Dolphins higher-ups quickly squashed that idea — but giving up any sort of significant asset doesn’t seem wise at this point with so much talent already on this roster. If they can find a good deal for a quality player, though? That’s worth considering.

For what it’s worth, this is how Peter King of The MMQB believes the Patriots will fill Edelman’s spot.

“(B)etween now and next weekend,” King wrote in his Monday column, “when the Patriots cut their roster from 90 to 53 and then set their practice squad, I would expect them to comb the wire for a receiver — and perhaps send a low-round draft pick or conditional pick for a quick inside receiver who might remotely approximate what Edelman does.” 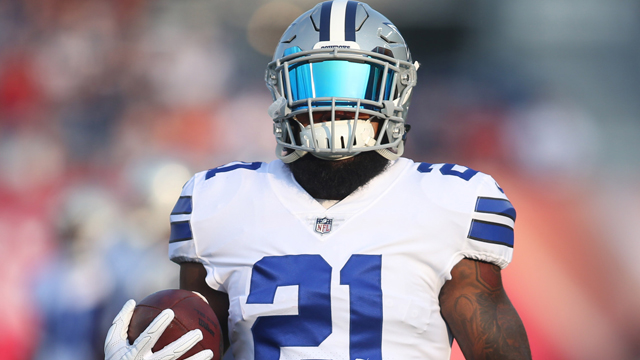 Fantasy Football 2017: 10 Players You Shouldn’t Draft In First Round 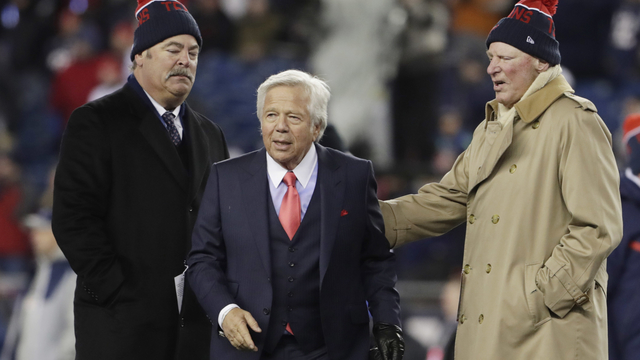