Of the 35 offensive and defensive players who saw the field Thursday night for the New England Patriots, maybe five or six were expected to crack the team’s 53-man roster, which will be finalized Saturday.

Cyrus Jones was part of that exclusive group. He was in line for a roster spot thanks to his strong work on kick and punt returns this summer — an area of the game he struggled mightily in as a rookie last season.

The young cornerback’s turnaround had been one of the more compelling storylines of the Patriots’ preseason. But in the end, it will be injury, not inconsistency, that keeps him off the regular-season roster.

Jones’ right knee buckled during the second quarter of New England’s preseason finale against the New York Giants, and an MRI the following morning reportedly revealed a torn ACL and partially torn meniscus — injuries that will sideline him for the entire 2017 season.

It’s always difficult to see any player lose a season to injury, but this was an especially tough blow for Jones, who’d been hard at work rebuilding his reputation after his disastrous debut campaign in 2016. Jones struggled in spring practice, as well, and spent all summer squarely on the roster bubble.

But even under that intense pressure, the 2016 second-round draft pick had performed well. Reporters saw him drop just one kick or punt all throughout training camp, and despite his frequent defensive struggles, he was perfect in that regard in every preseason game.

Had he not been injured, Jones would have entered Week 1 as New England’s primary punt returner. Who will fill that role now? Good question.

With wide receiver Julian Edelman also tearing his ACL last Friday, the Patriots are left with just one experienced punt returner: 31-year-old Danny Amendola. Amendola was injured on punt returns in each of the last two seasons, and with New England’s depth at receiver not as strong as it was a week ago, Bill Belichick and Co. might be hesitant to use the veteran too much in the return game.

Outside of Amendola, only two current Patriots players ever have returned a regular-season NFL punt: wide receiver Brandin Cooks, who returned 13 over his three seasons with the New Orleans Saints, and safety Patrick Chung, who has two career punt returns on his record.

Other internal options include running back D.J. Foster, who returned three punts during the 2016 preseason but didn’t field a single one in college, and rookie cornerback Will Likely, who starred as a return man at Maryland but entered Thursday as a long shot to make the Patriots’ roster. Rookie receiver Austin Carr also was Northwestern’s backup punt returner last season, though he never fulfilled those duties in a game.

Finding help from outside the organization, either through a trade or via the waiver wire, seems to be the most desirable option at this point. Hundreds of players are set to hit the open market over the course of the next two days, and the Patriots’ personnel department surely will be hard at work identifying those who could alleviate their punt return problems.

One name to keep an eye on is Griff Whalen, who was released by the Baltimore Ravens on Friday. Whalen, who has returned 46 punts in his NFL career, signed with the Patriots after Amendola went down last December but was cut a week later when Michael Floyd became available. 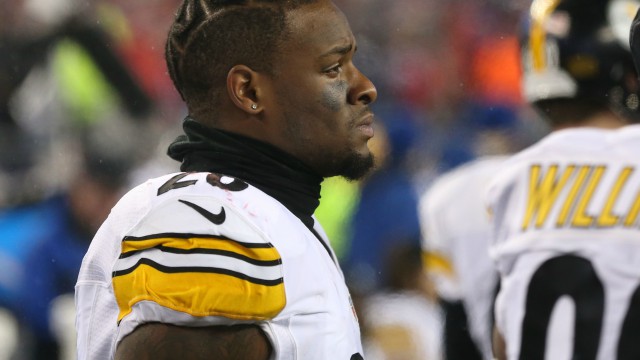 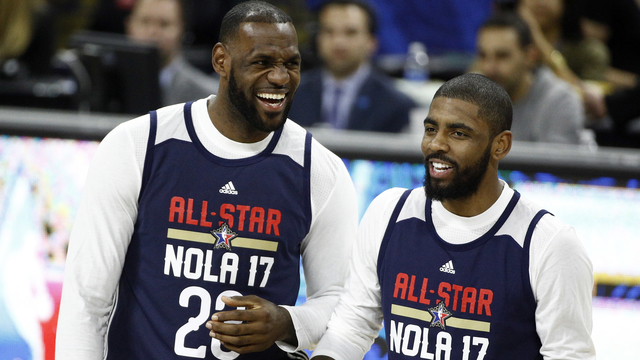 Kyrie Irving Opens Up On Relationship With LeBron James, Why He Left Cavs