Should Patriots Be More Concerned About Offense Or Defense After Week 1? - NESN.com Skip to content

Until two-and-a-half weeks ago, we were openly opining on whether the New England Patriots could go 19-0. Needless to say, no one expected to debate whether the offense or defense was the more troubling unit after Week 1.

A Julian Edelman ACL tear and 42-27 loss will do that. And there are serious questions on both sides of the ball.

After writing the offense lacks an identity without Edelman, the Twitter response from some fans was, “Yeah, but the defense stinks worse.”

Sure, but the offense also played crappy despite putting up 27 points against the Kansas City Chiefs. Quarterback Tom Brady was just 16-of-36 for 267 yards, and his response to the Patriots trailing 35-27 without wide receiver Danny Amendola was to turn into Rex Grossman and say, “Eff it, I’m going deep.” His offensive line subsequently turned into turnstiles.

The offense looked passable before Amendola went down with a concussion. Amendola is not Edelman, but he’s a reasonable facsimile. Receiver Chris Hogan couldn’t get away from Chiefs star cornerback Marcus Peters and a slimmed-down, avocado ice cream-eating Rob Gronkowski suddenly looked like his back surgeries might be catching up with him.

The bright spot, until the final two drives, was the Patriots’ pass protection, which gave Brady plenty of time to throw early in the game. The offensive line faltered late and also didn’t get the job done on two failed fourth-and-1 conversions.

The Patriots have had many bad defenses since Bill Belichick took over in 2000. Yet Thursday night’s unit allowed more yards in one game than any other in the head coach’s tenure.

They couldn’t stop the run — primarily because Belichick showed no interest in doing so by playing a safety at linebacker throughout the game. More concerning was the big plays the Patriots were letting up — 75- and 78-yard touchdown passes and a 58-yard run. There was miscommunication, a lack of discipline and outright poor coverage.

The bright spot defensively is the Patriots proved they can rush the passer when they want to on third down. Defensive end Trey Flowers had two sacks, rookie Deatrich Wise had one and defensive tackle Adam Butler brought pressure from inside.

There seem to be some easy fixes defensively, however. First, the Patriots need to end the Jordan Richards at linebacker experiment unless they want to continue getting gashed for 6.9 yards per carry. Next, at least some of the miscommunication will solve itself as new pieces, like cornerback Stephon Gilmore, spend more time with the rest of their teammates. And at some point, the Patriots might need to think about moving Dont’a Hightower back to middle linebacker and off the edge on early downs. They have candidates like Kyle Van Noy, Harvey Langi, Cassius Marsh and eventually Shea McClellin to replace him outside.

The offensive fixes aren’t as obvious. Brady wasn’t the same player without Edelman in 2015, when the receiver broke his foot. Many chalked that up to a lack of weapons. But Brady, with Gronkowski, Hogan, Amendola, Brandin Cooks, Dwayne Allen and a multitude of running backs, also didn’t look like the same player in Week 1. It’s at least reasonable to believe Brady won’t be as good in 2017 without Edelman as he was in 2016. And what if Gronkowski isn’t “Gronk” anymore? And while the Patriots’ offense looked worlds better with Amendola on the field Thursday night, it’s frightening to think the team is relying so heavily on a receiver that has played a full 16-game season just twice in eight previous seasons. He’s already hurt.

The Patriots’ offense was supposed to carry the 2017 squad regardless of how good the defense was. So the fact that Brady looked pedestrian is, at least for now, more concerning than the defensive troubles. The Patriots ultimately will finish with an impressive record and win their division. But the 2016 team never showed these kinds of flaws. The 2017 team could be a work in progress. 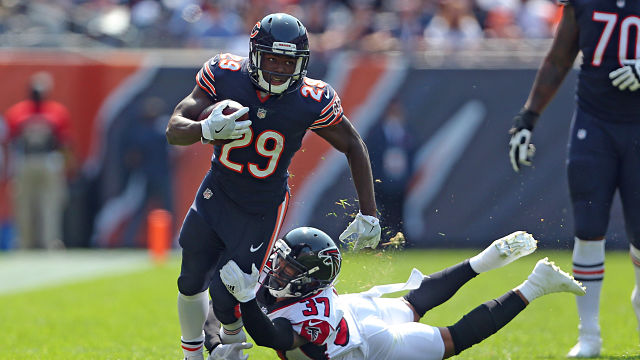 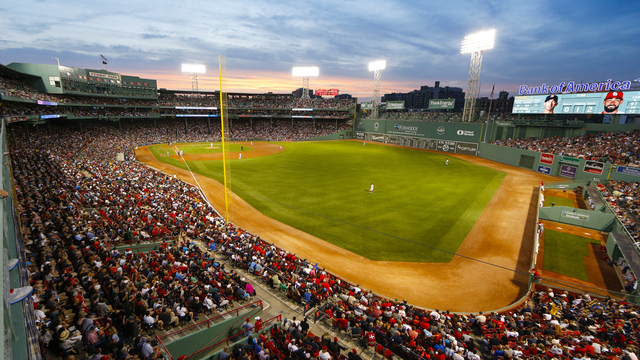