What To Make Of Patriots' Flurry Of Roster Moves On Cutdown Day - NESN.com Skip to content

The dust has settled for now at Gillette Stadium after a flurry of roster moves blew through Foxboro, Mass., on Saturday. Expect some more gusts and unsettled dust Sunday.

The Patriots released 32 players, made four trades and placed six players on reserve lists over the past two days. And though they filled their most glaring needs through trades, it still would be surprising if the Patriots don’t claim at least one player off of waivers Sunday.

The Patriots filled in their defensive end depth chart, which previously consisted of just Trey Flowers and rookie Deatrich Wise, by acquiring Cassius Marsh from the Seattle Seahawks. He’s built similar to Shea McClellin, Harvey Langi or Kyle Van Noy but has extensive experience rushing with his hand in the dirt. He’s also a core special teamer.

They further boosted their special teams coverage unit and rounded out their cornerback depth by acquiring Johnson Bademosi from the Detroit Lions. He’ll be the Patriots’ No. 5 cornerback behind Malcolm Butler, Stephon Gilmore, Eric Rowe and Jonathan Jones.

And they added some much needed wide receiver depth by trading quarterback Jacoby Brissett to the Indianapolis Colts for Phillip Dorsett. Dorsett, who returned punts in college, will undoubtedly be tried in the same role in New England, at least in practice, after Cyrus Jones was lost for the season Thursday night.

So, what else do the Patriots need? Not a whole lot. But that might not stop them scouring the waiver wire anyway. We did just that, and linebacker Joshua Perry, who was waived/injured by the Los Angeles Chargers, caught our eye. He played under Urban Meyer at Ohio State, and his college teammate, Camren Williams, is a Patriots scout.

The Patriots showed interest in defensive end Shilique Calhoun when he came out of Michigan State last winter. The Oakland Raiders cut him Saturday.

Running back Trey Williams, who was on the Patriots briefly in 2015, was waived by the Pittsburgh Steelers and has experience as a punt returner.

The Indianapolis Colts released edge defender Akeem Ayers, who had success in New England in 2014 as a member of the Super Bowl XLIX champions.

Wide receiver Jeremy Kerley, who shined against the Patriots as a member of the New York Jets and has returned 155 career punts, also is interesting.

We also just want the Patriots to sign Trey Griffey so his father, Baseball Hall of Famer Ken Griffey Jr., hangs around the locker room.

The most surprising cuts Saturday were guard Ted Karras and running back Brandon Bolden. If all goes as planned, both could return, with Karras on the practice squad and Bolden to the active roster once more dust settles and the Patriots are able to put a player or players on injured reserve.

It was a long, busy day for the Patriots on Saturday and those at the bottom of the roster can’t rest easy just yet. There will be plenty more movement before the Patriots open their season Thursday against the Kansas City Chiefs. 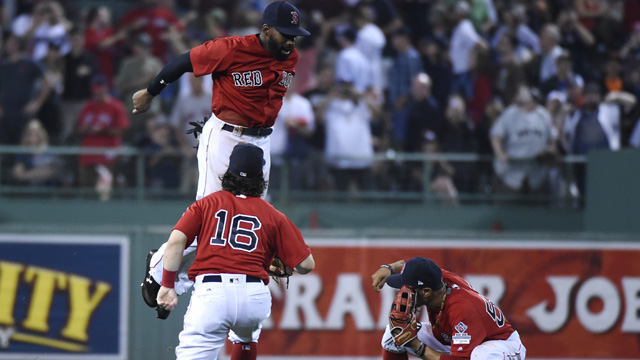 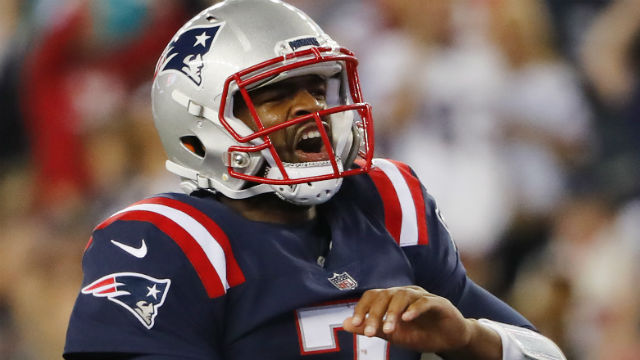 Jacoby Brissett Thanks Patriots For ‘Countless Memories’ After Trade To Colts