The apex of the New England Patriots’ 2017 schedule finally is here.

The Patriots’ upset loss to the Miami Dolphins on Monday injected even more intrigue into the marquee matchup, as New England now could slip to third place in the AFC with a loss. Bill Belichick’s club hasn’t finished lower than second since 2009, earning seven consecutive first-round playoff byes.

Given the stakes, the teams and the late-season setting, this Week 15 contest will be one of the biggest regular-season games of the Belichick/Tom Brady era — maybe even the biggest.

With that in mind, and with some help from folks on Twitter, we compiled a list of other games that could be in contention for that title.

Week 5, 2014: Patriots (2-2) vs. Cincinnati Bengals (3-0)
Result: Patriots win 43-17
The Patriots’ blowout loss to Kansas City the previous week had their fan base in an uproar. Had Brady lost his touch? Was it time for Jimmy Garoppolo to step in? Brady quickly proved that he was not, in fact, done, leading the Patriots to a rout of the upstart Bengals to kick off their march toward a fourth Super Bowl title.

Week 12, 2013: Patriots (7-3) vs. Denver Broncos (9-1)
Result: Patriots win 34-31 in overtime
Peyton Manning and the Broncos jump out to a 24-point lead. The Patriots come back. Belichick takes the wind in overtime. Denver muffs a punt. Stephen Gostkowski boots a game-winning field goal, and New England wins arguably the most entertaining game on this list. This also was Wes Welker’s first game back in Foxboro after he left for Denver. A true classic.

Week 13, 2010: Patriots (9-2) vs. New York Jets (9-2)
Result: Patriots win 45-3
The lasting memory of this game was that it came six weeks before the Patriots’ stunning loss to the Jets in the 2010 playoffs. But this was a huge matchup at the time, with the outcome basically determining the AFC East champion. Brady threw four touchdown passes and posted a near-perfect 148.9 passer rating in the lopsided win.

Week 1, 2009: Patriots (0-0) vs. Buffalo Bills (0-0)
Result: Patriots win 25-24
No playoff spots were at stake in this season-opening matchup, but it marked Brady’s long-awaited return from the torn ACL that cost him nearly the entire 2008 campaign. The Patriots trailed for most of the night but pulled out a win in dramatic fashion thanks to two Benjamin Watson touchdown catches in the final 2:06, including the game-winner with 50 seconds remaining.

Week 17, 2007: Patriots (15-0) at New York Giants (10-5)
Result: Patriots win 38-35
The capstone of a perfect regular season, which, of course, was spoiled by these same Giants a few weeks later. Brady and Randy Moss also set single-season NFL touchdown pass and reception records, respectively, in this game.

Week 9, 2007: Patriots (8-0) at Indianapolis Colts (7-0)
Result: Patriots win 24-20
Probably the most highly anticipated game of the 2007 regular season, this Brady-Manning epic did not disappoint. The undefeated Colts, who had squashed New England’s Super Bowl hopes one season earlier in one of the best AFC Championship Games ever played, led by 10 midway through the fourth quarter but couldn’t hold it. Brady tossed late touchdown passes to Wes Welker and Kevin Faulk, and Roosevelt Colvin intercepted a desperate Manning fling in the final minutes to seal the win for the Pats.

Week 6, 2007: Patriots (5-0) at Dallas Cowboys (5-0)
Result: Patriots win 48-27
Somewhat surprisingly, this was one of the most suggested games in our Twitter poll. The Cowboys scored shortly after halftime to take a 24-21 lead, but the Patriots blew them out the rest of the way, scoring 27 of the final 30 points. Brady’s final line: 388 passing yards, five touchdowns, zero interceptions. 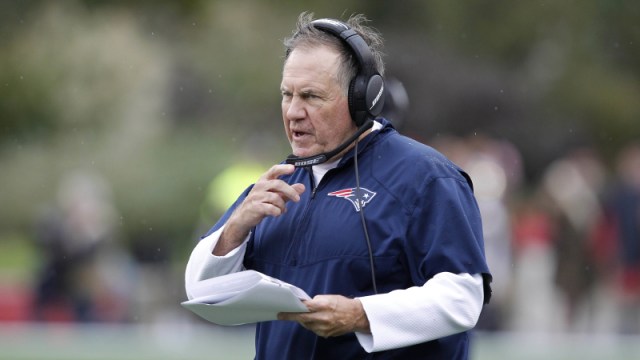 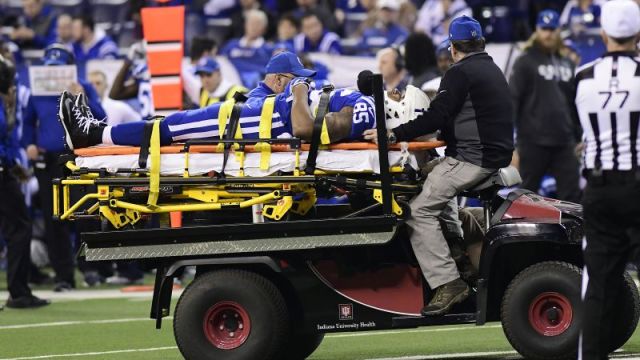