It wasn’t easy, but the Boston Celtics closed their road trip with a hard-fought 111-110 win over the Denver Nuggets at the Pepsi Center on Monday night.

The C’s finished their West Coast swing at 2-2 and maintain their lead atop the Eastern Conference standings. Kyrie Irving and Jayson Tatum led Boston with 27 and 20 points, respectively.

OUT OF THE LINEUP
Marcus Smart (hand) and Shane Larkin (knee) did not play versus Denver.

LONG-DISTANCE SUCCESS
The Nuggets jumped out to a quick 5-0 lead, but the Celtics hit back to take a 13-12 advantage, led by two 3-pointers by Irving. Boston opened up a 24-15 edge thanks to hot shooting from beyond the arc. The C’s hit six of their first 10 3-point attempts, and the bench connected on three of their four shots from that range.

Marcus Morris picked up where he left off against Golden State, scoring nine points off the bench in the first 12 minutes. The C’s got 12 bench points in the quarter, which was an encouraging sign after the second unit’s struggles in recent weeks.

The Celtics finished the quarter leading 32-21 on 7-for-11 shooting from 3-point land. Morris (nine points) and Irving (eight) led Boston in scoring. Will Barton paced the Nuggets with eight points.

KEEPING THE LEAD
The Celtics increased their lead early in the second quarter, and Tatum was a key reason why. The rookie forward connected on two early 3-point field goals, giving him 10 points with 8:25 left in the second quarter and forcing Denver coach Mike Malone to call a timeout.

A Semi Ojeleye 3-pointer gave the C’s a 44-25 lead. With that shot, Ojeleye became the sixth Celtic to hit a 3-point shot in the first 17 minutes.

The Nuggets were able to trim the Celtics lead to 11 at the end of the quarter. Irving (15 points), Morris (11) and Tatum (10) all scored in double figures for Boston. Barton led Denver with 12 points.

NUGGETS TAKE OVER
The Nuggets opened the third quarter outscoring the C’s 15-10, and Celtics coach Brad Stevens was forced to take a timeout after an easy Nikola Jokic layup trimmed Boston’s lead to 66-60.

Two more easy layups cut the Boston lead to two, and then a Gary Harris jump shot tied the score, fully erasing what once was a 20-point Celtics lead. Jamal Murray gave the Nuggets their first lead with a 3-pointer to make it 69-68.

Irving took a hit to the knee/thigh area on the perimeter and was forced to leave the game.

Kyrie just went to the bench after taking a hit to his right knee pic.twitter.com/avE5kNGMFE

These teams exchanged leads several times over the last few minutes of the frame, but it was the Nuggets holding an 82-80 edge at the buzzer. Denver outscored Boston 37-24 in the quarter.

PULLING OUT A WIN
Irving returned to start the final quarter, allowing C’s fans to exhale, but it was the Nuggets who opened up the stanza strong and took their largest lead at 88-82.

The Celtics withstood that Nuggets run and reclaimed the lead at 92-91. A 3-pointer from Terry Rozier and a layup by Irving increased Boston’s edge to 99-93.

Kyrie on a tightrope! ? pic.twitter.com/bblXX4vo0D

The Nuggets got within 108-106 with 1:15 to play. Irving hit a tough shot off the backboard that was waved off for a 24-second violation, giving Denver a chance to tie or take the lead with 59 seconds to go. Murray then hit a leaning shot in the paint to tie the score at 108, capping a 6-0 Nuggets run.

After the Nuggets cut the lead to one, they forced a stop and had a chance to win at the buzzer. Barton’s 30-foot heave at the buzzer was wide left, and the last-second putback was a second late, allowing Boston to escape with a one-point win.

HIGHLIGHT OF THE NIGHT
That’s a veteran move by the rookie Tatum.

UP NEXT
The Celtics return to TD Garden for a Wednesday night game against the New York Knicks at 7 p.m. ET. 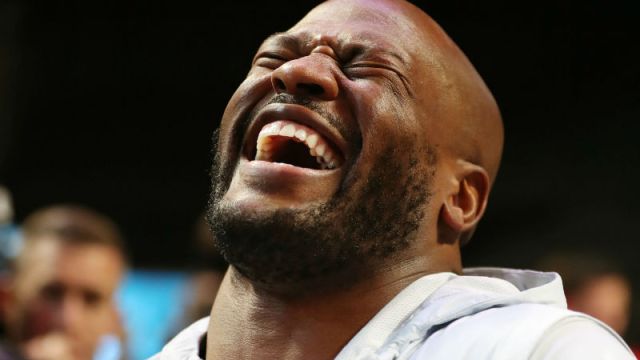 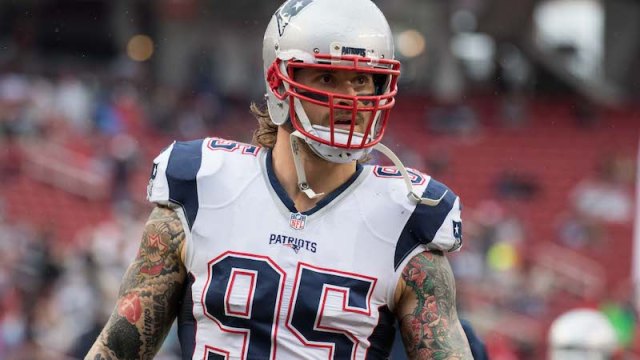 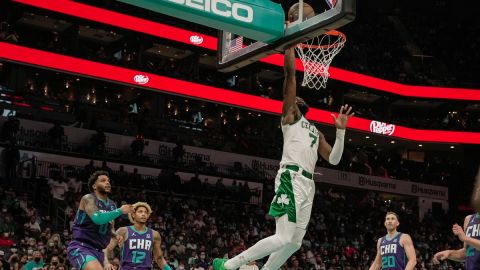