It looked for a moment like George Hill was set to pack his bags and move to Cleveland to join the Cavaliers, but suddenly all of that changed.

A deal between Hill’s current team, the Sacramento Kings, and the Cavs appeared imminent, with the Cleveland reportedly set to send Iman Shumpert and Channing Frye out west in exchange for Hill.

But things fell through, and for one pretty big reason. The Cavs reportedly wanted Hill to be willing to take a buyout after this season in the event that Cavs star LeBron James bolted via free agency.

“So (the Cavs) didn’t want to buy him out this year,” Windhorst said on ESPN Radio. “What they wanted to do was protect themselves in the event that LeBron James left, whether George Hill would be willing to take a buyout on the 20 million he’s owed on his contract after the season.”

This wouldn’t be the first time something like that happened. Windhorst proceeded to go into detail on how a similar situation nearly went down with Houston Rockets guard Chris Paul while he was with the Los Angeles Clippers, and how Paul’s experience equates to Hill.

“Well I think when it comes to having options, you’re going to leave your options open, right?” Windhorst said. “Like for example, last year Chris Paul — it leaked out there — that Chris Paul was definitely not going to pick up his option, he was going to become a free agent. Did he file the paperwork to do that, no he didn’t, because he wanted to leave his options open. And then he ended up getting traded, and picked up his option and never became a free agent.

Though they’ve won their last two games, the Cavs largely are still in some trouble after dropping six of their last 10 games and could use all the help they could get.

Hill is averaging 10.5 points with 2.8 rebounds per game this season. 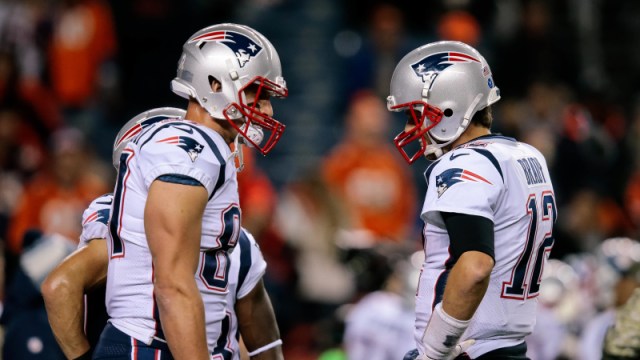