UPDATE (6:13 p.m.): The Titans officially have hired Mike Vrabel as their next head coach.

The new head coach of the Tennessee Titans is Mike Vrabel. #TitanUp

Original Story: The Tennessee Titans might have found their next head coach.

Tennessee parted ways with head coach Mike Mularkey following the Titans’ 35-14 loss to the New England Patriots in the AFC Divisional Round. And while many expected the Titans to pursue Patriots offensive coordinator Josh McDaniels in order to further develop quarterback Marcus Mariota, it appears that McDaniels is set to become the head coach of the Indianapolis Colts.

And as such, the Titans have turned their attention to another member of the Patriots family — Mike Vrabel.

Vrabel played eight seasons with the Patriots from 2001-08. He won three Super Bowls and was in New England at the same time that Titans general manager John Robinson was in the Patriots’ personnel department. He reportedly interviewed with the Titans on Thursday and is considered the early favorite, according to Jason Wolf of The Tennessean.

The 42-year-old has spent the last four seasons with the Houston Texans, the first three as the linebackers coach and the last as the defensive coordinator.

Houston suffered a multitude of key injuries on defense this season, including losing J.J.Watt to a season-ending leg injury and finished dead last in scoring defense as a result.

Whoever takes over in Tennessee will be tasked with tailoring the offense around Mariota’s strengths. The third-year signal-caller took a step back this season while directing Mularkey’s outdated “exotic smashmouth” offense, and seems to be more comfortable in a more wide-open offense. 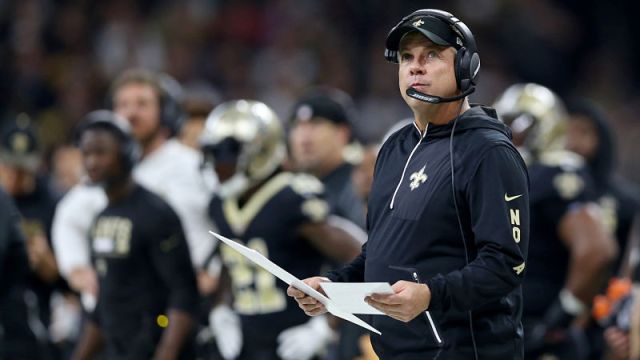