LeBron James is very socially and politically conscious, but one news anchor believes the Cleveland Cavaliers forward should stay in his lane.

James, along with Kevin Durant, recently voiced his strong opposition to President Donald Trump, which prompted a fiery rant from FOX News’ Laura Ingraham. In her wild diatribe, Ingraham claimed the NBA stars should “stick to dribbling” and in a personal attack on James, she stated he should leave political commentary to those who “didn’t leave high school early.”

Several athletes have spoken out against Ingraham’s words, but Chris Long decided to up the ante by going straight after the source. In a Twitter thread Friday, Long reminded everyone that FOX News has welcomed political commentary from several celebrities in the past.

I?ll be replying to my own tweet with a collage of your network allowing political commentary from a few folks. https://t.co/WUGl1WQSLE

I?m sure the network she works for has interviewed a bunch of athletes, just couldn?t find the screenshots quickly. The point is, what?s the prerequisite for who can talk politics? So, Fox News folks who agree with Laura… you okay with these segments?

And if you reply ?stick to sports,? you should probably tune of out Fox News because they?ve got karate guys talking climate change on there. (Which I?m cool with… it?s his right.) Unless it?s just about you needing to feel like you?ve got control of athletes like Lebron.

Tough to argue with these points.

In a time when athletes often are criticized for not making the most of their platform, it’s refreshing to see James and his colleagues actually trying to make a difference. And it’s tough to imagine they’ll be derailed from their mission as a result of one person’s ungrounded attack. 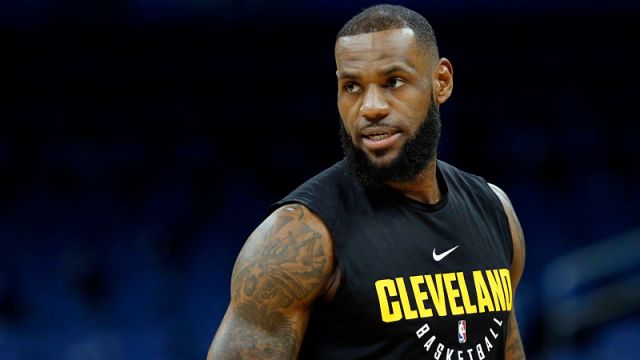