The Dolphins were one of the first teams to make some noise this NFL offseason, electing to franchise Landry, who would earn $16 million in the 2018 campaign if he played under the tag. However, this move doesn’t necessarily mean Landry will be playing ball in South Beach next season.

Dolphins and agent for Miamiâ€™s franchised player Jarvis Landry scheduled to meet Wednesday in Indianapolis to discuss the WRâ€™s future, per sources. Multiple sources believe the Dolphins are interested in trading Landry.

Rumors of Miami trading Landry date back to the beginning of the 2017 season. After initial reports indicated the Dolphins were at least “listening” to offers, head coach Adam Gase quickly shut this chatter down. Landry went on to have a career season, catching an NFL-best 112 passes for 987 yards with nine touchdowns.

Despite eye-popping numbers, Landry and the Dolphins apparently made no headway on a new contract after the season. The three-time Pro Bowl selection reportedly felt “disrespected” by the negotiations, leading him to allegedly be “unoptimistic” about re-signing with Miami. And judging from Schefter’s latest report, it doesn’t sound like much has changed.

We’ve already seen a few marquee trades agreed to in the past month, such as Alex Smith and Marcus Peters relocating to the Washington Redskins and Los Angeles Rams, respectively. Given the consistent narrative coming out of Miami, it wouldn’t be shocking to see Landry become the latest star to find a new home.

Click for seven teams that could trade for Landry >> 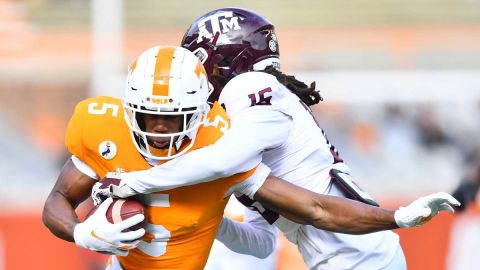