BOSTON — Bruins fans know how effective Boston’s top line has been all season, and now the rest of the hockey world is seeing it first hand during the 2018 Stanley Cup playoff series.

The Bruins’ top line of Patrice Bergeron, David Pastrnak and Brad Marchand has combined for 20 points (five goals, 15 assists) through two games of the B’s first-round playoff series against the Toronto Maple Leafs.

This trio was particularly good in the Bruins’ 7-3 win in Game 2. Pastrnak had a six-point night, including his first postseason hat trick, while Bergeron and Marchand each tallied four assists.

Boston, as a result of this production, will take a 2-0 series lead to Toronto for Game 3.

Bruins defenseman Torey Krug: “I think they?re the best line in hockey for a reason. They do things 200 feet in the d-zone and translate it into offense for them, and then they hound the puck like no other team. They?re great forecheckers and everyone brings something to the table, so it?s definitely tough to defend them and then they?re your best defensive players as well.”

Bruins forward Rick Nash: “Yeah, that was fun to watch. That?s pretty impressive those guys are all three of them are world-class players, so it?s fun to have a front row seat to it.”

Has Nash ever seen a line tally 20 points in two games?

“No, has it been done? Yeah I don?t know, I?ve never seen it in my career, it?s unbelievable.”

Bruins coach Bruce Cassidy: “Terrific and terrific. I don?t think I can say any more. I mean, you saw it, right? They were on (Saturday night). Hard to play against. Really hard to play against, and they play a 200-foot game. You can talk about (Bergeron) and (Marchand) on the PK too, while you?re at it.”

“No, and if I had, I?d try to block it out of my mind, probably, you know, unless it was from my own team, obviously. They?re dominating us. I actually thought we got off to a pretty good start, and the pucks still went in the net, so give them credit for playing really well. That line has been good on the power play, been good 5-on-5, been good at the net scoring.” 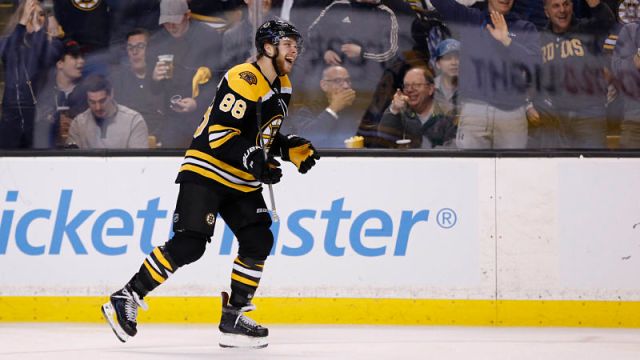 How David Pastrnak Is Establishing Himself As True Postseason Performer 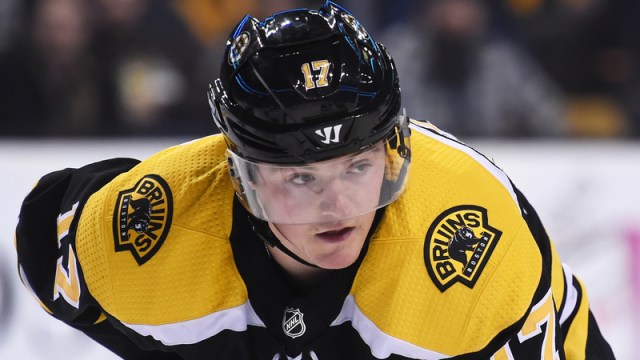