Gordon Hayward might not play again for the Boston Celtics this season, but he’s certainly working hard and making progress in his comeback from a gruesome leg/ankle injury suffered in the first couple minutes of the campaign.

The veteran forward did some light jogging this week, which is another good step toward recovery.

“Once I was able to do a single-leg calf raise on my own, they allowed me to run on the AlterG,” Hayward wrote in a new blog post published on his website Tuesday. “We started the program at like 50 percent body weight at a certain speed, and I?d do it for a certain time. Then the next time I?d do the same body weight, but we?d increase the speed and the time. Then we?d move do a different move up from 50 percent to 55-60-65, etc. Each time doing a workout, first we increase the body weight, then the distance, then the speed.

“You kind of work your way up like that, doing different workouts on the AlterG, until you get to roughly 80 percent. After 80 percent, the effects of the AlterG are kind of minimal, and you can slowly get off the AlterG and on to a normal treadmill, which is obviously 100 percent of your body weight.

“That?s where I am right now. I?ve just started running.”

Hayward also was full of praise for several of his teammates, including C’s rookie Jayson Tatum, whose playing time and importance both increased dramatically when Hayward went down in October.

“A lot of times, rookies that are picked as high as he was picked are on teams that aren?t in the playoff hunt, and aren?t trying to accomplish what we are. For him to be asked to do some things that you wouldn?t normally do as a rookie, it?s incredible what he has been able to accomplish,” Hayward wrote about Tatum.

“And he is only going to get better too, because there is so much value that comes with experience. He?s played extremely well, and he is such a talented player, and you just see flashes of a guy that?s going to be really good in this league for a long time.”

Tatum, after Tuesday, will be the only Celtics player to play in every game this season. He had his best scoring month of the season in March, averaging 16.3 points and posting double-digit points in 12 of 13 games. He’s a huge reason why the C’s have won six games in a row to move within two games of first place in the Eastern Conference.

As for Hayward, he’s certainly missed on the court, but C’s coach Brad Stevens recently indicated the veteran forward could begin traveling with the team soon. 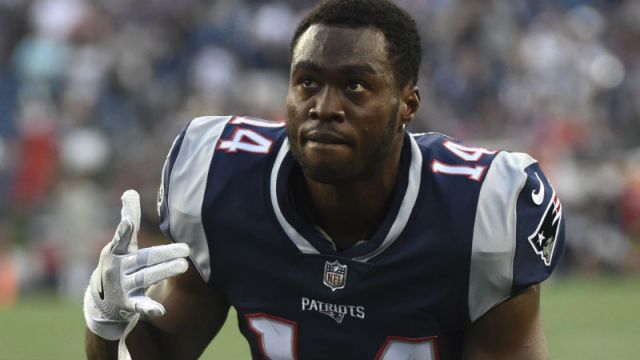