Tight Ends Patriots Could Select In Each Round Of 2018 NFL Draft - NESN.com Skip to content

Leading up to the 2018 NFL Draft, which runs from April 26-28, NESN.com will do a New England Patriots draft fits series. We’ll continue it with tight ends.

Rob Gronkowski reportedly intends to travel with Tom Brady and Julian Edelman to Montana this summer for some pre-training camp training. That indicates the big starting tight end plans to play in 2018.

But the fact that Gronkowski was waffling on whether to suit up next season makes tight end a potential need for the Patriots in the 2018 NFL Draft.

We identified players the Patriots could pick with each of their draft picks next week.

Round 1, 23rd Overall Pick: None
There’s simply no tight end worth drafting this high. Oklahoma’s Mark Andrews is the top-rated tight end on DraftScout.com, and he’s still ranked 37th overall.

Round 1, 31st Overall Pick: Mike Gesicki, Penn State
Gesicki is ranked just below Andrews and is a much better athletic fit for the Patriots. Neither tight end is much of a blocker.

Round 2, 43rd Overall Pick: Dallas Goedert, South Dakota State
Goedert is one of the few complete tight ends in the draft. He didn’t run a 40-yard dash but showed above-average agility with a 7.02-second 3-cone drill.

Round 2, 63rd Overall Pick: Hayden Hurst, South Carolina
Hurst would probably be drafted around Andrews or Gesicki if he wasn’t going to be 25 years old before his rookie season. He played minor league baseball before playing football at South Carolina. He’s a good but not spectacular athlete.

Round 3, 95th Overall Pick: Ian Thomas, Indiana
Thomas also isn’t much of a blocker, but his athleticism gives him upside as a receiver. He didn’t produce much at the college level (28 career catches).

Round 6, 198th Overall Pick: Tyler Conklin, Central Michigan
Conklin at least was an above-average blocker in college. He lacks great straight-line speed, but he’s quick, agile and explosive, based on his pre-draft testing numbers.

Round 6, 210th Overall Pick: Will Dissly, Washington
Like Goedert, Dissley is a complete tight end. He began his college career as a defensive end, which is why he wore No. 98 with the Huskies. He doesn’t have as much receiving upside as other players on this list, but he did catch 21 passes for 289 yards with two touchdowns as a senior.

Round 7, 219th Overall Pick: Donnie Ernsberger
Ernsberger is more of an H-back/fullback. He caught 34 passes for 394 yards with four touchdowns in 2017. He’s a better blocker than most of the tight end class.

Mid-round option: Dalton Schultz, Stanford
Schultz is undersized and only caught 55 passes for 542 yards with five touchdowns in his last three seasons at Stanford. He’s a big target at 6-foot-6, and Stanford head coach David Shaw called him the most complete tight end the Cardinal had in recent years. NFL tight ends Coby Fleener, Levine Toilolo, Zach Ertz and Austin Hooper all played under Shaw at Stanford. 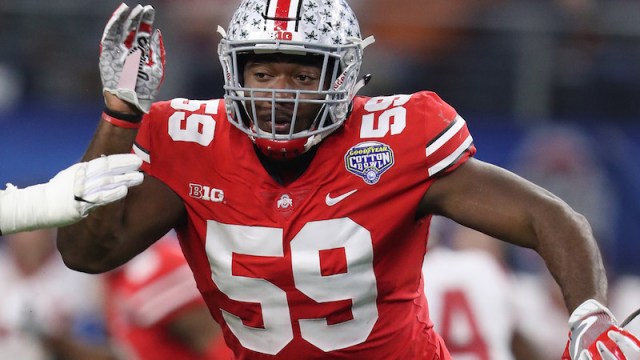 Patriots Mock Draft: Could New England Fill Other Needs After Trade Up? 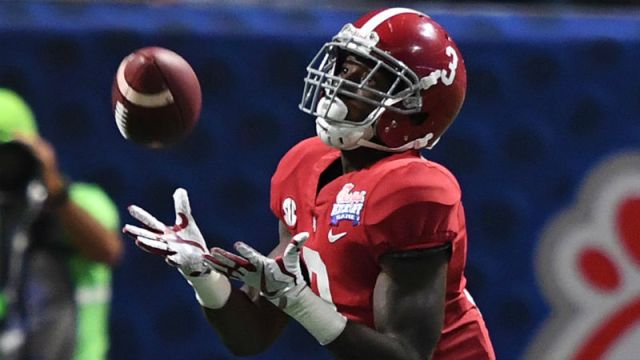