The Golden State Warriors’ “death lineup” of Kevin Durant, Stephen Curry, Klay Thompson, Draymond Green and Andre Iguodala is the most dangerous lineup in the NBA.

“The Hamptons Five,” as they’ve been named dubbed, have been ridiculously lethal so far this postseason. The Warriors’ wrecking ball of a lineup had posted an offensive rating of 126.4 and a defensive rating of 92 in 71 minutes prior to Wednesday night’s Western Conference finals Game 2 against the Houston Rockets.

While the “death lineup” undoubtedly is the best in the NBA, the Boston Celtics have one lineup that has put up similar numbers this postseason, according to The Boston Globe’s Adam Himmelsbach.

Himmelsbach notes that while “The Hamptons Five” have a net rating of 33.4, the Celtics’ lineup of Terry Rozier, Jayson Tatum, Al Horford, Marcus Smart and Marcus Morris is right on their heels.

“In 37 minutes over six games, the lineup of Al Horford, Marcus Morris, Terry Rozier, Marcus Smart, and Jayson Tatum has an offensive rating of 120.7 and a defensive rating of 87.5, for a net rating of 33.2, just over a point behind the Warriors? fabulous assemblage,” Himmelsbach writes.

While it’s a small sample size, those certainly are impressive.

Both the Celtics and Warriors lead their respective conference finals, so these two lineups could be facing off in a little over a week. 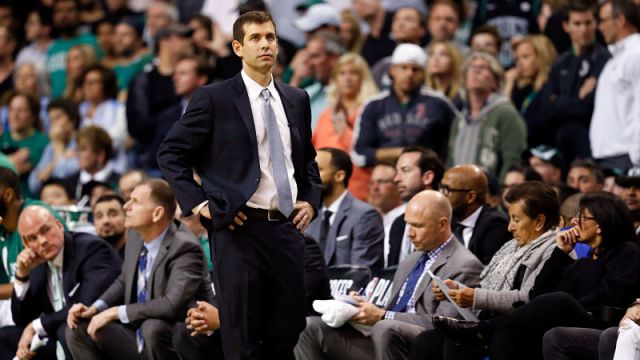 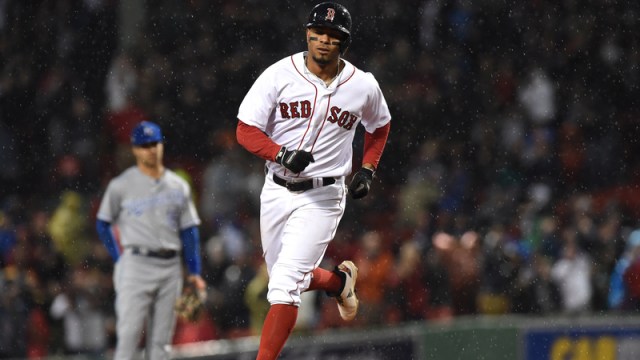