Devin has spent his with the powerhouse New England Patriots, who have ruled the NFL for the better part of the last two decades. His rookie season ended in a disappointing divisional-round loss to the New York Jets. Since then, his team has appeared in seven consecutive AFC Championship Games and reached four Super Bowls, winning two.

He has as many Super Bowl rings as his brother has winning seasons.

Jason, who is entering his 10th year in the NFL, never has experienced playoff football. He spent his first eight seasons with the Tennessee Titans, who fluctuated between not quite good enough (two 9-7 finishes, one 8-8 mark) and downright terrible (2-14 in 2014; 3-13 in 2015) during his tenure.

Then, in 2017, came the true gut punch. After signing with the long-suffering Cleveland Browns as a free agent, Jason endured just the second 0-16 season in NFL history.

Six of those losses came by seven points or fewer. Two came in overtime. And all the while, Devin’s Patriots were making their seemingly annual march to another Super Bowl.

Jason calls that winless season the worst he’s ever experienced. It was difficult for Devin to watch, too.

Now, though, the twins’ football fates are intertwined following Jason’s trade to New England earlier this offseason. And Devin believes the lessons his brother learned from that slog through historic futility will provide valuable perspective for his new Patriots teammates, many of whom never have even experienced an early postseason loss, never mind a losing season.

“Coming here, I think he has an opportunity to help us as a veteran, a guy that?s played a lot of football, been in different circumstances,” Devin said Tuesday during a joint media session with his brother at Gillette Stadium. He brings leadership that I think we don?t have on this team, really — you know, a guy that?s been on some losing teams, some winning teams. He knows how to deal with adversity, but I think that?s the biggest thing.

“You know, sometimes we get in a routine — we?ve won a lot of football games, and it?s always good to hear a different perspective of what it takes so you?re not kind of getting worn down or thinking we?re working hard, this is too much. You get a perspective from him of going 0-16 — like he always tells me, ‘Last year, worst year ever.’ And I think hearing that motivates you and lets you know you’re doing the right things that pushes you, so I?m excited to have him here.” 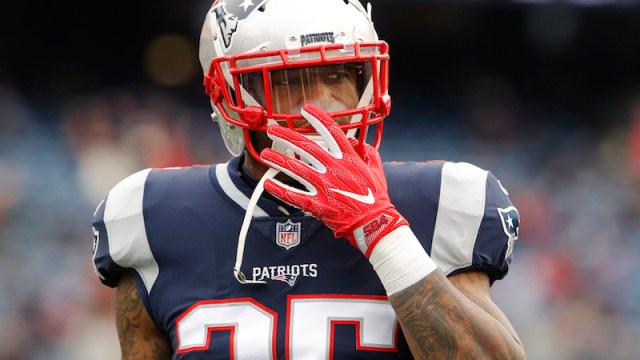 Who Will Be Patriots’ Odd Man Out In Crowded Running Back Stable? 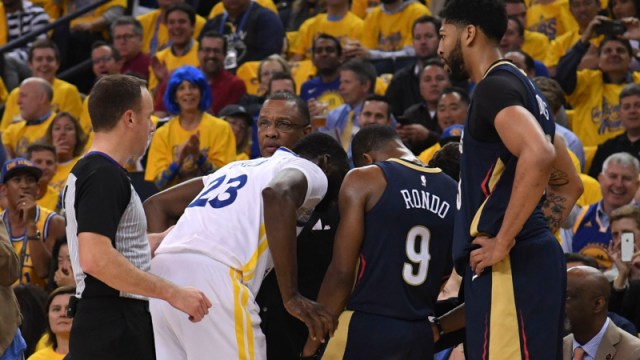