Odell Beckham Jr. already has established himself as one of the best wide receivers in all of the NFL, but the 25-year-old still is waiting for his new contract with the New York Giants.

Beckham is set to become a free agent at the conclusion of the 2018 season, and despite the bevy of rumors that have filled the offseason, it doesn’t appear the Giants are interested in trading the three-time Pro Bowl selection.

So, what’s with the hold up on OBJ’s new deal? Well, it appears New York is proceeding with caution with Beckham, who is coming off a serious ankle injury that limited his 2017 season slate to just four games.

“Their preference, according to a team source, is to first make sure Beckham has fully recovered from the ankle surgery he underwent in October and is still the same explosive player, and to give it a little time to make sure he really is doing his best to remain controversy-free,” SNY’s Ralph Vacchiano writes. “Then they will be willing to open their vault.”

It’s tough to blame the Giants for operating in this manner. While Beckham is a premier talent, he’s also been quite the headache from time to time over the course of his four-year NFL career. But with a monster payday on the horizon, it’s tough to imagine the star wideout doing anything other than being the best version of himself in the upcoming campaign. 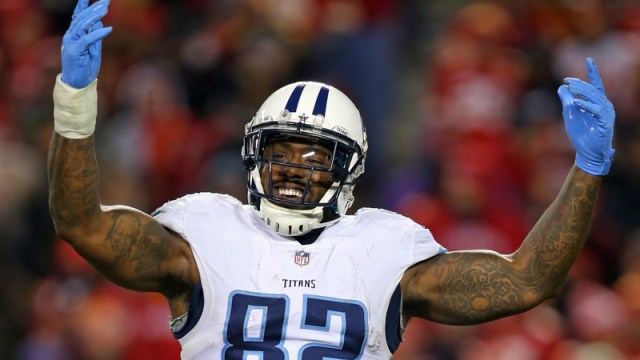