We finally know why TB12 couldn’t seal the deal.

The Celtics pulled out all the stops two years ago in their attempt to sign Kevin Durant. They even brought Tom Brady to their meeting with Durant in the Hamptons, hoping the New England Patriots quarterback could convince the NBA star that Boston was the right place for him.

But Durant ultimately signed with the Golden State Warriors despite later acknowledging he was impressed by the Celtics’ sales pitch. Brady’s presence just wasn’t enough to overshadow his meeting with the Warriors, which featured the likes of Stephen Curry, Klay Thompson, Draymond Green and Andre Iguodala and outlined how exactly he’d fit into Golden State’s on-court plans.

“That stuff was cool, don?t get me wrong,” Durant recently told The Athletic’s Tim Kawakami in an oral history of the All-Star forward’s free agent meeting with the Warriors.

“But I was just all about the basketball. I mean, I love Tom Brady, but I don?t know if he can help me if he was on the court with me right now. I love that people wanted me on their team, but at the same time I just wanted to hear from the coaches and the players about what they needed or why they wanted me on their team and what I needed to do as a player.

My whole concern was just wanting to play ball the right way, play with some good dudes and build a bond that will last forever. I feel like this is the perfect place for it.”

The Warriors were the first team to meet with Durant in the Hamptons. He also met with the San Antonio Spurs, Miami Heat, Los Angeles Clippers and Celtics in addition to promising one last meeting with his former team, the Oklahoma City Thunder.

It was an intense few days, to say the least, as Durant’s decision would change the NBA landscape no matter where he signed. But no team could provide an opportunity quite like the Warriors, who won a title in 2015 and were coming off a campaign in which they won an NBA record 73 regular-season games before falling to the Cleveland Cavaliers in seven games in the NBA Finals. And apparently that was more important to Durant than meeting the greatest QB in NFL history.

Fortunately for the Celtics, they’ve made out just fine since being spurned by Durant. Perhaps the two will meet in the NBA Finals next season, when Golden State could be coming off its third championship in four seasons and Boston could be the favorite in the Eastern Conference. 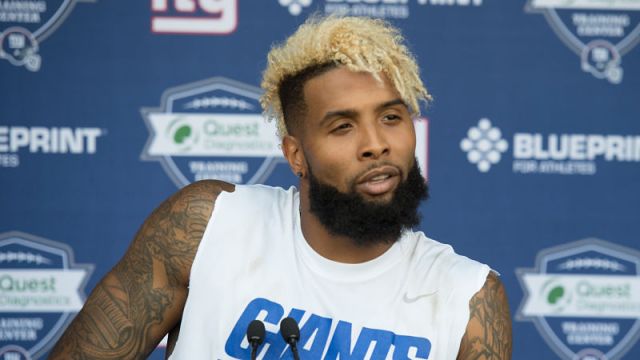 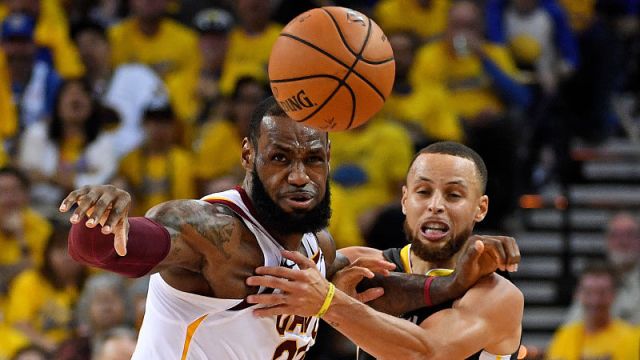 Why LeBron James Wants Cavs To Be ‘Uncomfortable’ In Game 3 Vs. Warriors