How Does Tom Brady Feel About Brandin Cooks' Hot Start For Rams? - NESN.com Skip to content

FOXBORO, Mass. — While the New England Patriots have struggled to get production out of their current crop of wide receivers, their top wideout from last season is lighting it up on the West Coast.

Brandin Cooks, whom the Patriots traded a first-round pick to acquire last offseason and then flipped to the Los Angeles Rams for another first-rounder in April, has been one of the NFL’s most productive pass-catchers through four games, racking up 26 receptions on 33 targets from new quarterback Jared Goff for 452 yards and one touchdown.

Cooks is averaging 113 receiving yards per game for the undefeated Rams and leads the league with nine catches of 20-plus yards. Patriots receivers Chris Hogan, Phillip Dorsett and Cordarrelle Patterson have combined for 230 receiving yards and one 20-plus-yard reception through three games.

Speaking in a news conference Friday, Cooks’ old QB, Tom Brady, was asked how it feels to watch former teammates put up big numbers for other teams. Does it make him wish they still were suiting up for the Patriots?

“Not really,” Brady replied. “I’m happy for those guys. Usually, when you leave, it’s because you get good opportunities in other places. I’m usually generally frustrated about football in general, just because it’s a frustrating sport, but I’m certainly happy for guys when they do well.”

Brady said he didn’t watch LA’s 38-31 win over the Minnesota Vikings on Thursday night, during which Cooks caught seven passes on eight targets for 116 yards and a touchdown and also ran for a score. He answered a question about that performance by praising the Rams as a team before pivoting to focus on the Patriots’ Week 4 opponent, the 3-0 Miami Dolphins.

“They’re playing good,” Brady said. “They’re a good team. I think to be undefeated, you’ve got to be good. The Dolphins are undefeated, (too). They’ve got a lot of good players, and it’s going to take us playing really well to beat them.”

The Patriots also lost playoff hero/third-down maestro Danny Amendola in free agency this past spring, the 32-year-old slot receiver opted to sign a two-year, $12 million contract with the Dolphins. He’ll make his return to Gillette Stadium this Sunday.

Asked if he misses having Amendola to throw to, Brady replied: “Well, he’s a great friend, so I’m happy for him and his opportunity. He’s playing well. He was a great player for us. I have a great friendship with him, and we’ll be friends for the rest of our lives.”

Cooks and Amendola combined for 162 catches for 2,244 yards and 11 touchdowns for the Patriots last season, including playoffs. 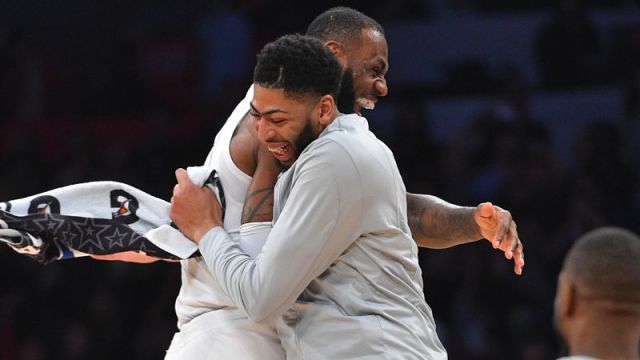