DETROIT — Some leftover notes and nuggets from the New England Patriots’ 26-10 loss to the Detroit Lions on Sunday night at Ford Field:

— Despite initial optimism about Josh Gordon’s availability, the recently acquired wide receiver was inactive for his first game with the Patriots following his trade from the Cleveland Browns earlier in the week.

Gordon, who was questionable with a hamstring injury entering Sunday, used the night as a learning experience. He spent much of pregame warmups talking to and catching passes from Jack Easterby, the Patriots’ character coach/team chaplain, then was glued to the hip of wide receivers coach Chad O’Shea for much of the ensuing three hours.

Josh Gordon tossing the ball with Jack Easterby, with a cameo by Danny Etling, who traveled with the team for the second straight week. pic.twitter.com/GtOza1Pr5B

The former Browns star watched the game from the sideline in sweats and listened in as his fellow receivers huddled with O’Shea between possessions. The Patriots could have used Gordon in pads, as Chris Hogan, Phillip Dorsett and Cordarrelle Patterson combined to catch just four passes on 10 targets for 43 yards in the loss.

Dorsett’s struggles were particularly acute. He finished with zero catches on five targets and had two passes bounce off his hands.

Patriots coach Bill Belichick wouldn’t say whether Gordon missed the game due to his injury or was a healthy scratch.

— For those who don’t know much about Easterby, USA Today published an interesting profile on him during Super Bowl week. He was hired in the wake of Aaron Hernandez’s arrest for murder and helps players and coaches alike deal with various off-the-field matters.

?My role is to simply serve,? Easterby told USA Today in February. ?To help them create healthier relationships, healthier viewpoints, so that they can become the kind of people they want. Doing that would make them more sustainable in just about everything.?

It’s no surprise the Patriots are having Easterby work closely with Gordon, who has dealt with serious mental health and substance abuse issues for much of his career. Suspensions and treatment have limited him to 11 appearances since the start of the 2014 season.

— Cornerbacks J.C. Jackson and Keion Crossen both made rookie mistakes in their first game as Patriots.

Crossen allowed a 16-yard completion to Marvin Jones on third-and-7 in the second quarter after relieving starting corner Jason McCourty and slot corner Jonathan Jones, and Jackson was flagged for pass interference one play later. Both were sent back to the bench before the end of the drive, which produced a Lions field goal.

Defensive end Derek Rivers also made his NFL debut, playing 13 snaps as a situational pass rusher with starter Trey Flowers (concussion) sidelined. The 2017 third-round draft pick missed his entire rookie season with a torn ACL and was a healthy scratch in Weeks 1 and 2.

— Cyrus Jones, whom the Patriots re-signed off the Baltimore Ravens’ practice squad this week, played out of position in his first regular-season game since Christmas Eve 2016. The cornerback lined up at strong safety on his seven defensive snaps — allowing two receptions on two targets for 31 yards — while also handling punt return duties.

Jones appeared to play a role similar to that of Patrick Chung, who sat out the game with a concussion.

— Patriots fans are in for some late nights over the next month-and-a-half. Sunday’s game kicked off a stretch of five prime-time contests in seven weeks for New England.

Get ready for some late nights, Patriots fans. Tonight kicks off a stretch of five primetime games in seven weeks. pic.twitter.com/SNR8KPWmte 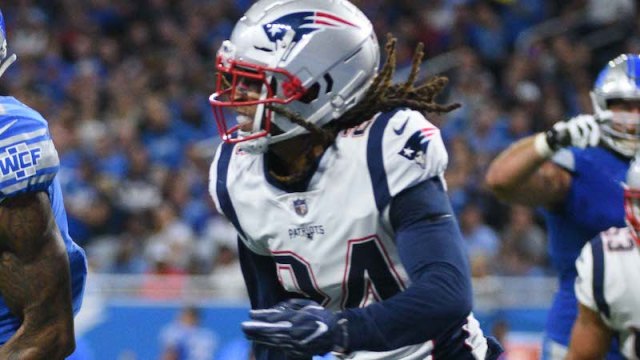 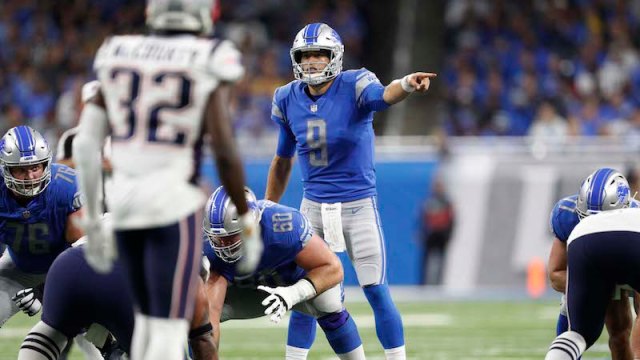