The New England Patriots have to hope their pass rush hit rock bottom Sunday night. Because if it gets worse, the Patriots might as well forego rushing defenders at all.

The Patriots had a single sack and no quarterback hits in Week 3 against the Detroit Lions. They were considerably worse at rushing the passer than they were in Week 2 against the Jacksonville Jaguars. The Patriots’ actually impressive pass-rushing performance in Week 1 against the Houston Texans seems like eons ago.

— The Patriots clearly miss defensive end Trey Flowers. Flowers, who played Week 1 when the pass rush was strong, exited Week 2 with a concussion after the Patriots’ first defensive series. The Patriots also aren’t getting nearly enough from their pass-rush depth. Adrian Clayborn, Malcom Brown, Danny Shelton and Derek Rivers all had at least 10 pass-rush opportunities but didn’t generate a single pressure. Keionta Davis also didn’t have a pressure on six pass-rush snaps.

— Wise was one of very few bright spots on the day. He appeared to light a spark with a run stuff and sack, but neither was enough to help generate a comeback.

— PFF counted a 33-yard Marvin Jones touchdown against Gilmore, when Harmon owned it in the locker room.

— The Patriots’ coverage wasn’t quite as bad as it was in Week 2 against the Jaguars, but that’s really not saying much. The Patriots couldn’t cover the Jaguars’ receivers.

— Crossen only played one snap. He let up a 16-yard catch to wide receiver Golden Tate.

— Patriots defenders rarely even got close enough to even miss a tackle when running back Kerryon Johnson was carrying the ball. The Patriots’ run defense was much more effective against LeGarrette Blount.

— Roberts had two tackles for loss while Devin McCourty had one.

— The Patriots’ defensive line was simply bullied. Johnson and Blount both picked up big chunks of yards before any contact.

— Brady ate one sack when his receivers simply couldn’t get open late in the game.

— Brady had an average of 2.85 seconds to throw. His sacks took an average of 5.7 seconds. The Patriots’ offensive line gave Brady time; he just couldn’t find any open receivers.

PASSING ACCURACY
— Of Brady’s 12 incompletions, three were dropped and one was thrown away.

— The Patriots barely used Rex Burkhead, relying instead on Michel, a rookie who missed the Patriots’ entire preseason and most of training camp. Michel has struggled to create yardage, and he hasn’t been dependable as a receiver.

— Burkhead played just seven snaps. He exited the game midway through the second half. It’s bizarre Burkhead wasn’t used more before the injury. He didn’t have a single carry.

— The Patriots’ offensive line needs to do a better job of getting a push, but running backs also need to start creating yardage. 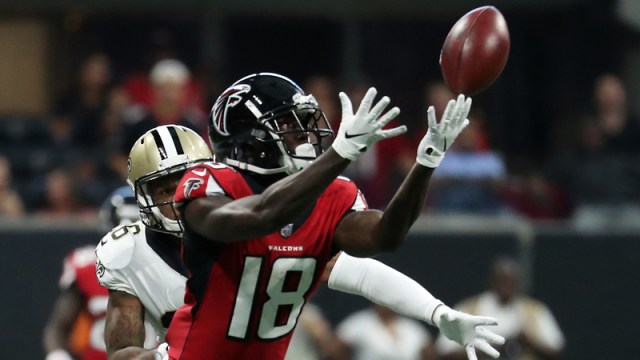