Kyrie Irving might become a free agent next summer, but Max Kellerman can’t imagine why the All-Star point guard would want to leave the Boston Celtics.

“Hell no,” Kellerman said Thursday on ESPN’s “First Take” of whether Irving should test free agency after this season.

This comes on the heels of Irving indicating he’s happy in Boston and has no plans to leave the Celtics despite rumors he could sign with the New York Knicks or another team on the open market.

Basically, according to Kellerman, Irving has everything a superstar could want in Boston: He’s the best player on the best team in the Eastern Conference — the weaker conference — and the Celtics can give him the most lucrative contract in terms of dollars and years.

“Am I missing something?,” Kellerman asked.

“Yes, you are,” said Stephen A. Smith, who then explained why Irving ultimately could consider leaving Boston.

Irving averaged 24.4 points and 5.1 assists in 60 games last season, his first with the Celtics after an offseason trade from the Cleveland Cavaliers. He missed the Celtics’ entire playoff run, which ended with Boston falling one win shy of the NBA Finals, but the team undoubtedly views him as an important piece in its quest to raise another championship banner to the TD Garden rafters. 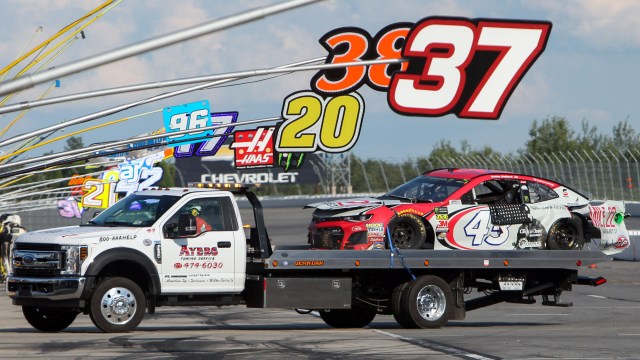