Patriots Vs. Titans Preview: What To Watch For In Week 10 Matchup - NESN.com Skip to content

The New England Patriots will travel to the Music City on Sunday for a matchup with old friend Mike Vrabel and the Tennessee Titans in Week 10 of the NFL season.

THE ODDS
The 7-2 Patriots currently are pegged as seven-point road favorites over the 4-4 Titans. New England in 7-0 in this series since 2003, including wins in the 2004 and 2017 divisional rounds.

INJURY REPORT
Six players are listed as questionable for the Patriots:

All six players practiced in a limited capacity Friday. Brown sat out the previous two days.

Wide receivers Josh Gordon, Julian Edelman and Cordarrelle Patterson all were removed from the injury report this week, as were defensive end John Simon and long snapper Joe Cardona.

On the other side, the Titans have ruled out starting right tackle Jack Conklin (concussion). Wide receivers Tajae Sharpe and Taywan Taylor, linebacker Derrick Morgan, defensive lineman Bennie Logan and safety Dane Cruikshank all are listed as questionable for Tennessee.

PLAYERS TO WATCH
Malcolm Butler, Titans cornerback
Butler’s struggles this season have been the No. 1 topic of conversation in the lead-up to this game. The former Patriot, who signed a five-year, $61 million contract with the Titans after infamously being benched in Super Bowl LII, suddenly looks like the worst cornerback in the NFL, allowing the most catches, receiving yards and receiving touchdowns of any player at his position this season. Righting the ship this week will be highly difficult for Butler against a Patriots team that knows his shortcomings.

Sony Michel, Patriots running back
Will Michel make his return to action Sunday after missing two games with a knee injury? That’s the expectation, according to a report by ESPN’s Adam Schefter earlier this week. If Michel does play, his workload will be worth monitoring. The first-round draft pick carried the ball 67 times for 312 in the three games before his injury, ranking second in the NFL in both categories during that span.

Dion Lewis, Titans running back
Lewis has been the No. 1 weapon for a Titans offense that ranks near the bottom of the league in scoring average (tied for 29th), yards per game (30th) and passing yards per game (30th). In addition to leading Tennessee in rushing, former Patriots star also ranks second on the team in both catches and receiving yards behind wideout Corey Davis, who’s likely to be shadowed by Pats top corner Stephon Gilmore on Sunday. Lewis has been especially productive of late, racking up 277 yards from scrimmage over the Titans’ last two games. Expect him to be extra motivated, too, after receiving what he viewed as disrespectful treatment from the Patriots in free agency.

Cordarrelle Patterson, Patriots wide receiver/running back
Patterson served as the Patriots’ unlikely lead back over the past two games and showed off some impressive ball-carrying skills, especially against Green Bay (11 carries, 61 yards, one touchdown). But what happens to him once Michel returns? Will the Patriots continue to use him in the backfield, or will he return to his previous role as a kick returner and occasional wideout? Either way, don’t be surprised if the Patriots begin to use Patterson as a gunner in punt coverage. He’s made impact plays in that role in the past and took reps there in practice this week.

Dennis Kelly, Titans offensive tackle
Kelly is expected to start in place of the injured Conklin, meaning he’ll likely spend a good chunk of Sunday afternoon blocking Trey Flowers. Flowers has been arguably the Patriots’ best defensive player this season, and he was an absolute menace last week against the Packers, pressuring Aaron Rodgers a season-high nine times. The Patriots also like to move Flowers around to different spots along the defensive line, so Kelly won’t be the only one tasked with keeping him away from quarterback Marcus Mariota.

Julian Edelman, Patriots wide receiver
Edelman and Titans cornerback Logan Ryan used to stage epic battles on the practice field during Ryan’s time in New England. And since Edelman missed last year’s Pats-Titans matchup with a torn ACL, this will be their first matchup as opponents. Edelman has looked great since returning from his suspension in Week 5, catching 31 passes for 322 yards and two touchdowns in five games. Ryan primarily works out of the slot, so he and Edelman should see plenty of each other on Sunday.

BY THE NUMBERS
One: The number of teams the Titans have faced that currently rank in the top 15 in scoring average (Los Angeles Chargers, 11th). Tennessee’s defense has allowed the fewest points in the NFL this season, but it hasn’t exactly played the strongest competition. 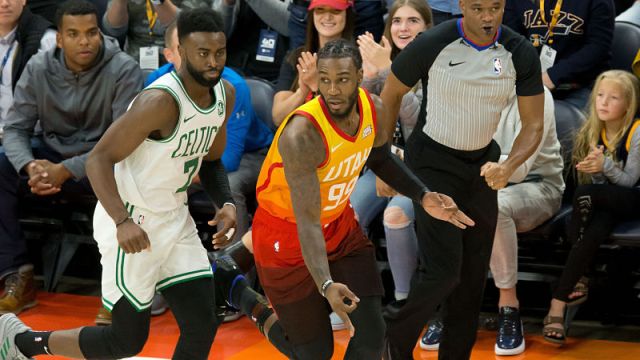 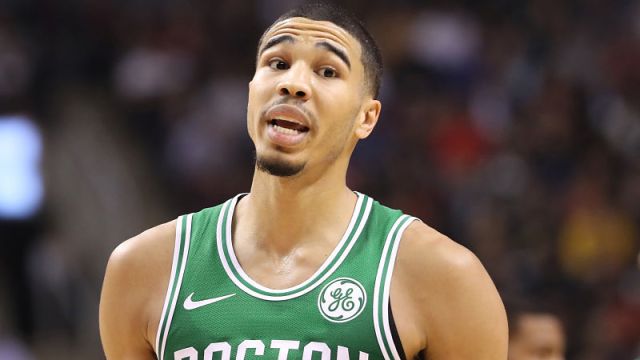