Chalk up another accolade for Patrick Mahomes.

Unsurprisingly, Mahomes’ milestone moment came on an absolute missile, with the 23-year-old hitting Demarcus Robinson for an 89-yard touchdown in the third quarter against the Oakland Raiders.

On third-and-10, Mahomes dropped back out of the shotgun nearing his own end zone, stepped up in the pocket and launched a bomb off his back foot, hitting Robinson in stride near midfield.

The Kansas City signal-caller also became the sixth player in league history to eclipse 5,000 passing yards in a season, capping what has been one of the most impressive seasons ever under center for a first-year starter.

Patriots Defense Looking Like Complete Unit With Playoffs On Horizon 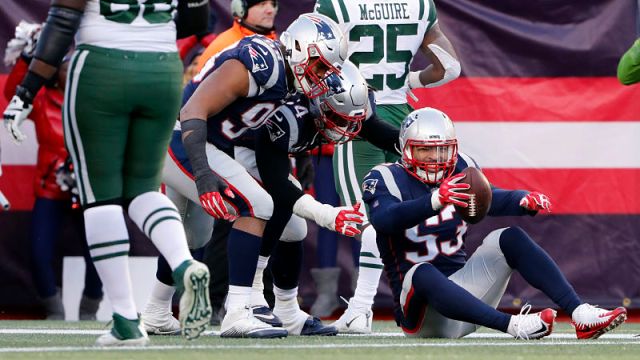