BOSTON — Like he has countless times before, Kyrie Irving delivered in the clutch Friday night.

Irving provided the game-winning basket in the Boston Celtics’ 114-112 win over the Indiana Pacers at TD Garden. It was a highly important win for the C’s, who — for the time being — jumped ahead of the Pacers for fourth place in the Eastern Conference standings.

With 10.2 seconds remaining in the fourth quarter, Al Horford advanced the ball from the Celtics’ own end and shuffled it to Irving at the 3-point line. The star point guard took over from there, using a hesitation dribble to evade Wesley Matthews before gliding to the basket and laying the ball in with 0.5 seconds to go.

Irving read the Pacers’ defensive gameplan from the get-go, and the Celtics responded accordingly.

“I just saw that they were going to try to deny me with Cory (Joseph) and Wesley, so I told Al just take off, get it up the court, buy us some time,” Irving said. “I saw Myles Turner about to commit to the double team and then I kind of just gave a pass, fake with my eyes and went to the rim.”

Had the Pacers thwarted Irving’s lane to the rim, Horford was ready to get the ball kicked back to him.

“It was great,” Horford said. “It was one of those things where I kind of had to make a decision. I still felt like if I gave him the ball, he was going to have a lot of room to operate and he had the option to throw it back to me or go attack. He kept the defense on their toes. He still faked like he was going to pass it to the corner then laid it up at the very end. Just a very crafty play.”

With the playoffs right around the corner, we could be in store for quite a bit more late-game heroics from Irving.

If you’re looking for some heroic March Madness betting, make sure to try Skybook.ag, one of the best online sportsbooks. 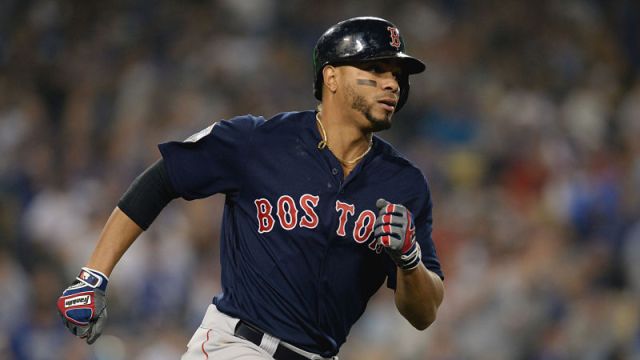 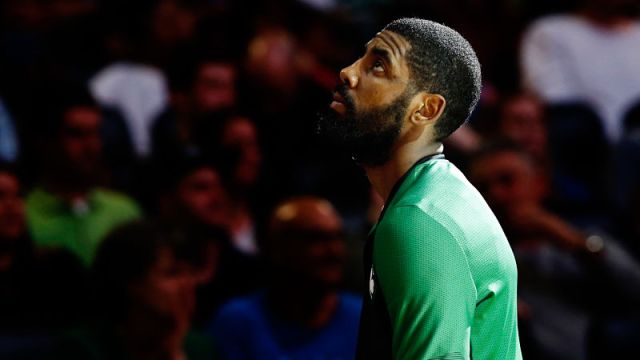