That’s to say they didn’t send writers desperately opening a new tab to google the name of a second-round pick projected as an undrafted free agent. There were no Tavon Wilsons, Duron Harmons or Jordan Richards’ in this year’s class. There wasn’t even a Geneo Grissom or Ja’Whaun Bentley.

The Patriots really didn’t go too far off the board with any of their 10 selections.

The Patriots did move up and down the draft board to make seven trades. They only selected players at three of the draft slots they owned heading into Day 1 of the draft Thursday. And one of those spots, No. 101 overall, was actually traded to the Rams then sent back to the Patriots in another deal.

There shouldn’t be many reasons for Patriots fans to complain about this class. They filled needs at quarterback, wide receiver, offensive tackle, defensive end, defensive tackle and defensive back. Running back, guard and punter weren’t considered priorities, but New England, as usual, balanced need and value with this year’s picks.

They only ignored potential needs at tight end and linebacker.

Harry filled the Patriots’ biggest need heading into the draft and has a fairly clear path to a starting role in the offense this season.

Williams is a big cornerback who can specialize in covering tall wide receivers and athletic tight ends.

Winovich could wind up being the Patriots’ best player in the 2019 class. He was an excellent pass rusher and run defender at Michigan who also could take on a starting role as a rookie.

Cajuste should enter the Patriots’ 2019 season as their top reserve offensive tackle.

Froholdt could take over left guard duties if Joe Thuney departs in free agency next offseason.

Stidham is a low-risk pick who at least has the potential to be a starting quarterback one day.

Cowart will compete for the Patriots’ No. 4 defensive tackle spot on the roster.

Bailey will compete with Ryan Allen for the Patriots’ punting gig.

Webster could help on special teams with his 4.43-second 40-yard dash.

There’s logic behind every pick. And beyond Harris and Bailey, there were no real surprises. And the biggest shock to the Bailey pick is that he’s right-footed. Patriots head coach Bill Belichick usually fancies a left-footed punter.

And even with Harris and Bailey, no one should be shocked the Patriots took a running back or punter.

The Patriots rostered five running backs in 2017. They’ll likely do the same in 2018 after they suffered significant depth issues in 2018 when Michel and Burkhead went down with injuries.

Patriots incumbent punter Ryan Allen only signed a one-year deal with $100,000 guaranteed. Belichick clearly felt the need to create some competition at the position.

It’s too early to evaluate the Patriots draft class or hand out any grades, but it looks pretty good on paper and they filled the majority of their needs. We’ll find out in a few years if paper translates to the field. 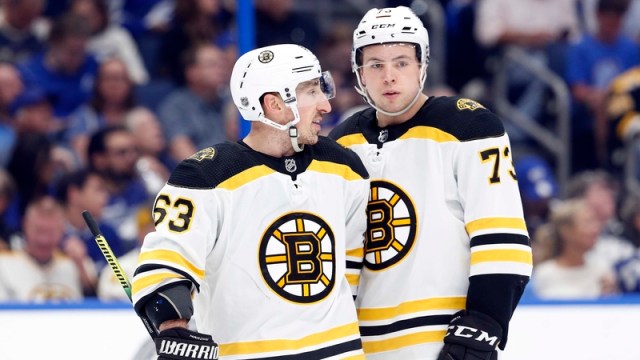 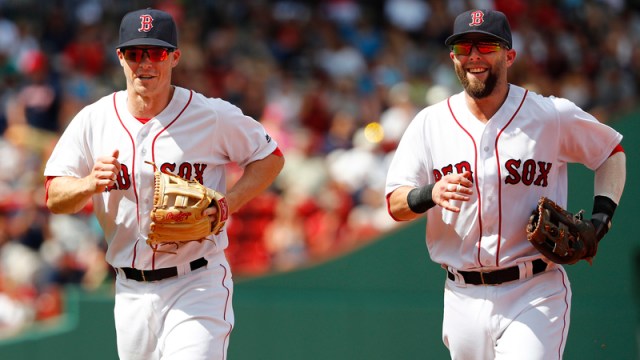