LeBron James isn’t playing in the NBA playoffs this year after a tumultuous first season with the Los Angeles Lakers, but Cris Carter fully expects Kyrie Irving to take a page out of his former teammate’s book while trying to guide the Boston Celtics to the NBA Finals.

Carter explained Thursday on FS1’s “First Things First” that he thinks Irving will be “LeBronish” — or “special” — when the Celtics tip off their playoff run Sunday against the Indiana Pacers.

"I expect Kyrie to try to be LeBron-ish ? special. I expect him immediately from Game 1 to be on a mission. Even if the Celtics follow up a lackluster season with a lackluster postseason, Kyrie will personally be on a mission to make sure his stats look good." ? @criscarter80 pic.twitter.com/oj2mjoTqdN

The Celtics underachieved during the regular season — Irving’s second in green after forcing a trade from the Cleveland Cavaliers — but expectations remain high in Boston, and the All-Star point guard’s play could determine whether the C’s reach their potential.

It goes without saying that the next few weeks are crucial for the Celtics, who reached the Eastern Conference finals last season without Irving and Gordon Hayward. Not only is Boston looking to finally get over the hump, but Irving also can become a free agent this summer, and how the Celtics fare in the playoffs could go a long way toward determining whether he re-signs with Boston. 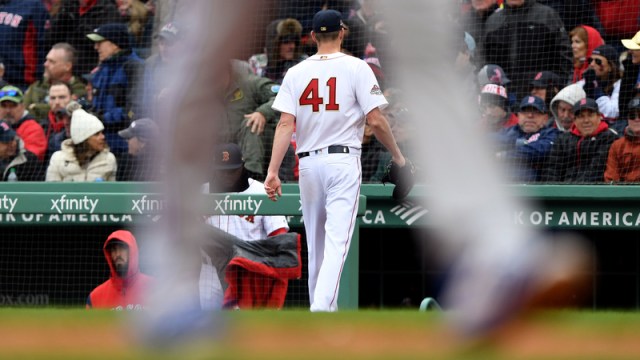