It’s a virtual certainty Kyrie Irving lands a max contract this summer, but a long-term deal for the star point guard might not come without a little trepidation.

Whichever team signs Irving knows what they’ll be receiving: a dynamic playmaker who can take over games like few others in the NBA. But on the flip side, teams reportedly are concerned Irving won’t be able to play at his peak self for the entirety of his next deal.

“I talked to a prominent NBA executive who said, ‘Kyrie Irving is young, but he’s got an old body and you have to understand that those last couple years that you might be taking on someone that’s damaged goods or only just a shell of himself,'” Cris Carter said Thursday on FS1’s “First Things First. “But also, there’s people who would take Kyrie if he was with Kevin Durant. If Kevin Durant said, ‘I want Kyrie,’ then Kyrie is gonna be on the team with KD.”

Injuries have been aplenty throughout Irving’s career, most notably a knee fracture sustained in Game 1 of the 2015 NBA Finals that eventually led to season-ending surgery in the 2017-18 campaign. Irving only has played 70-plus games in three of his eight seasons, an unideal stat for a player who turned 27 less than three months ago.

It’s tough to imagine Irving’s injury history will prevent any team from pursuing him in the offseason, especially if the plan is to pair him with another star. But any team planning to put all of its eggs in Irving’s basket might want to proceed with caution. 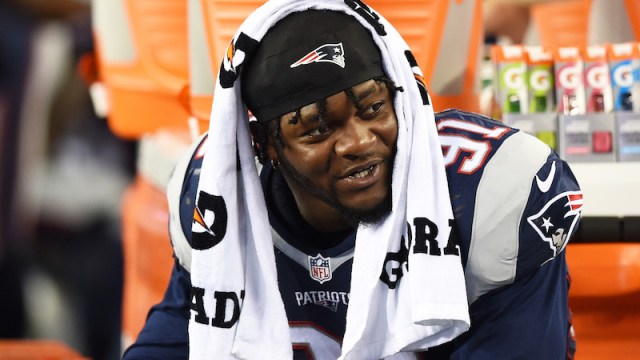