The New England Patriots clearly look at their team needs differently than the general public.

Cornerback, for instance, looked like the least of the Patriots’ worries before the 2019 NFL Draft. Yet, the Patriots traded up in the second round to take Vanderbilt’s Joejuan Williams. Now the Patriots are even more loaded at the position as they head into organized team activities next week.

We didn’t include Jones in the list of roster locks because we could potentially see him being traded. He’s on a one-year deal with no guaranteed money as a restricted free agent, so it would be very easy to move him if a team is interested and offers the compensation.

Gilmore, a 2018 first-team All-Pro, clearly is the Patriots’ No. 1 cornerback. He also restructured his contract this offseason essentially guaranteeing he’ll be on the roster at least through 2020.

Jackson has a ton of upside as an outside cornerback. He emerged as a starter late last season, but he wasn’t a full-time player in the postseason, as the Patriots strayed from man coverage to go heavy on zone.

McCourty’s contract would preclude the Patriots from releasing him. His cap hit this season is just $4.25 million, and his dead cap figure would be $5.5 million if cut.

Williams is 6-foot-4, 211 pounds and likely will take on bigger receivers and more athletic tight ends.

Jones is a solid slot cornerback, but he’s probably best suited as a backup and special-teams ace in New England. He also proved he could play safety in the Patriots’ Super Bowl LIII win over the Los Angeles Rams. That versatility could be helpful if he stays on the team in September.

Dawson will likely be on the 2018 roster, but given the rest of the Patriots’ depth, he’s no guarantee. Dawson was a second-round pick in 2018 but didn’t play a single snap after beginning the season on injured reserve. He was activated from IR but still never cracked the gameday 46-man roster. He’s a slot or safety.

Crossen mostly served as a special-teamer last season as a rookie. The seventh-round pick was ahead of Dawson on last season’s depth chart. He’s undersized but speedy.

Webster is a longshot to make the roster as a seventh-round pick, but he would make an ideal practice-squad candidate. He’s an amazing athlete based on his testing numbers. At 5-foot-11, 203 pounds, Webster ran a 4.43-second 40-yard dash with a 43-inch vertical leap, 11-foot, 1-inch broad jump, 4.14-second short shuttle and 6.85-second 3-cone drill.

Ross has the worst odds of making the 53-man roster as an undrafted free agent. The Patriots have had a ton of success finding undrafted steals at cornerback, however, with Jackson, Jones, Malcolm Butler and Randall Gay, among others.

The Patriots will likely keep five or six cornerbacks on their roster in September. Assuming no major injuries, we’d project Gilmore, Jackson, McCourty, Williams, Jones and Dawson at this point. Crossen would be a tough cut, however. 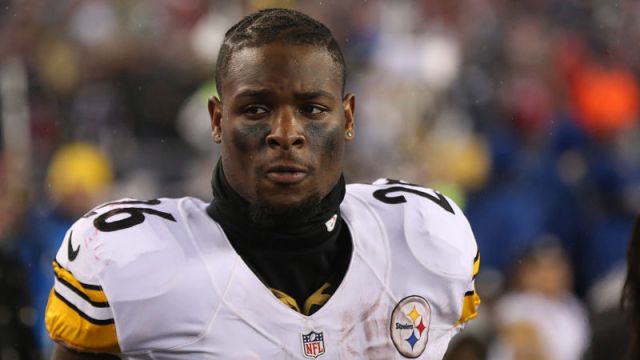 Alex Cora Commends J.D. Martinez For What He Does On ‘Nightly Basis’